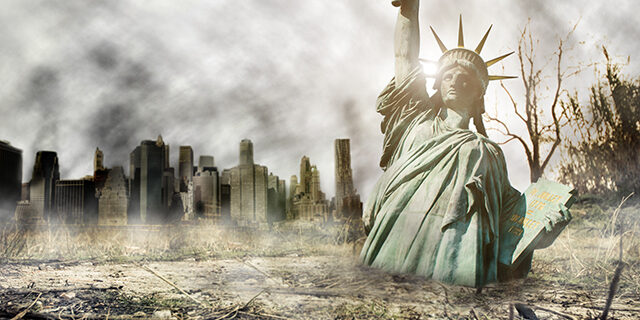 We are in an apocalyptic moment, though many people outside certain scholarly circles might not grasp the deep, ancient meanings of that word. Apocalypse is actually an unveiling, a revealing of the true state of things.

Apocalyptic literature found in Jewish or Christian traditions, for example, tells stories of the spiritual forces behind political struggles in the material world. It was written to assure oppressed people that God was fighting for them against the forces of wickedness. These forces were usually oppressive colonial powers that were coded in images and metaphors to obscure their true identities. They would be able to do real damage, but their time for destruction was limited.

Ultimately good would prevail and overcome the imperial power, so it was a matter of patience and holding on until the decisive victory came. When it did, justice would prevail, suffering would be erased, and rewards bestowed. In apocalypses, it is in the unveiling that we find the true reality, the reality we can’t see in the material world.

On January 6, 2021, much was unveiled about the reality of the United States. The assault on the temples of U.S. civil religion stripped away the façade that allowed Americans to believe themselves citizens of a city of light, resting on a hill, shining as a beacon to a darkened world.

At this moment, the United States is being unveiled, and the truth about us has become known through the national humiliation we witnessed as hordes fell upon the symbols of their discontent, profaning the sanctuary. What we are displaying to ourselves and the world is the spectacle of a society that cannot, and has never, faced the truth about ourselves.

What happened on January 6 does not allow us the easy fictions of “This is not who we are.” In truth this is who we have always been and because we’ve not faced it honestly, truthfully, we are imprisoned in destructive lives. Once the mirror of our collective national life is held up to us the truth becomes inescapable and we can either turn away or embrace the pain of what we have brought to other human beings

We have not accepted the truth that genocidal destruction of other human beings and the stealing of their land was central to establishing this colonial outpost. Twinned with this is the reality that we enslaved black bodies and narrated a theology of white supremacy that informed the shaping of American identity for generations down to the present day. These two injustices shaped us in cloaked ways that allow us the fiction of proclaiming ideals we say we cherish but have yet to embody in our public life.

One of these ideals, American exceptionalism, is threatened when the reality of our genocidal and racist past is revealed in all its apocalyptic terror. Because generations of Americans have been asked to give their lives in war for this country, to sacrifice themselves on the altar of freedom and democracy, we recoil in horror when the victims of our oppression tell us the truth about how white supremacy is the means by which our “exceptionalism” was constructed.

Our national moment of reckoning is upon us, and we are not prepared for it, putting our society in great peril. We are more susceptible to weaponized fear than we have ever been.

I know this fear well; I experienced the full fury of it standing on a line of non-violent resisters in Charlottesville, Virginia on August 12, 2017. On that stifling humid morning as we stood opposite the park occupied by right wing extremists, we hoped to be a presence bearing witness to the idea that it is possible to order our lives around hope rather than fear. I was there in no small part because my academic career had been spent studying the failure of the Christian church during the Nazi era. Over the years of studying this moral collapse I became convinced that when the Nazis come to town, you have to show up. If you wait for the mob to gain power, it’s too late.

We were confronted with swaggering crowds chanting “Jews will not replace us” and “Faggot priests.” The strange thing was, behind the arrogance and racism from the gathered extremist groups, an unmistakable sense of fear permeated the atmosphere. It was not necessarily a fear of our meager line belting out “This Little Light of Mine” as much as it was a fear of loss.

As the crowds streamed up the steps of the Capitol Wednesday I recognized the same fear masquerading as rebellion, the taking of space to prove who was really in charge. The exuberant joy of transgression was motivated by the reality that the world many of the rioters inhabited has shifted and white supremacy is facing its last moments in power. For them the future of a diverse nation where political and social power is shared among many different people seems like an extinction event.

The fear of extinction, of loss of power, is being stoked by feckless thugs in political drag. They’ve calculated that deceit, lies, and chaos are their ladders to power. They see the easy targets in people who refuse to accept that we are all in this together. The screaming, fearful souls who won’t take the simplest precaution to help other citizens; the fearful who stockpile guns thinking it will save them on the last day; those who cannot take the smallest action that helps other human persons survive—all these are revelations of our time.

Meanwhile, the barker of the carnival draws our attention away from the truth, for he is the master of lies and destruction. The danger to our world is that when the damaged trickster no longer takes the center ring, the lies we embraced live on. Our true disease was present long before the pandemic and unless we take this moment to be honest with ourselves about the racism and injustice that permeates our society, our deepest sickness will continue long after COVID-19 is gone.

But apocalypses end with hope and so we should not despair. When the truth is uncovered, when the reality confronts us in its horrific truth, we have a chance. Apocalypse allows us to remember our veiled past differently. Freed from deceitful memories, we are empowered to reconcile the injustice of our past with the hope of a society that restores what we have damaged. This journey begins with a recognition of how political and economic power has worked to disfigure our common humanity.

It is interesting to me that this happened on January 6th because in the Christian tradition this is the celebration of the Epiphany. This day commemorates the reality that even though Herod desired to destroy the innocent in his need to maintain power, he could not kill the hope. We have choices in dire circumstances, one of which is taking this apocalyptic moment and its revelations to walk the hard path of hope where justice and truth light our way into a better future for all of us.. 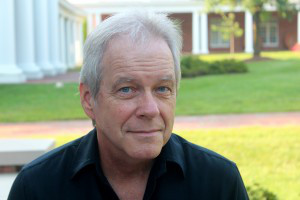