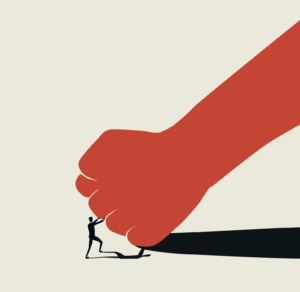 This year’s colloquium includes scholars, artists, activists, and others who work across disciplines, use differing terminologies, and work on issues of repair after the trauma and harm of multiple oppressions. This might include a focus on restorative justice; the criminal justice system; reparations regarding slavery and native genocide and land theft; repair of the earth in the face of environmental racism; distributive justice around economic inequality and work for equity; and other modes of oppression. 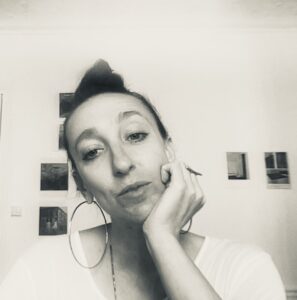 I am a writer, artist, scholar and curator, primarily working on and with Love as a dense, potent, palpable force for liberation, healing and redemption in the world.

At the colloquium I will be developing Sentience, which is a multi-modal curatorial project centered on creating sacred spaces to disrupt the violence of the world. The intention of the work is to create an affective politic—liberation politics that are so integrated into the form of the work, that they are invisible, unspoken, and yet palpably acting—creating a space for transformation. The project works with mysticism, embodiment, nondualism and yin energies, watering the divine garden in this world. I am probing the theological question of making sacred when the whole world is God. (Pronouns: post-duality lies the flow of the spirit — they//them) Www.allyngaestel.com 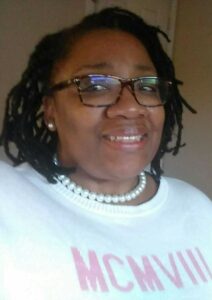 I am a writer/playwright and researcher who deploys theater to examine American institutions, how people of color have navigated these spaces (historically and contemporarily), and the role of faith/religious practice in these negotiations. By examining institutions at crossroads in the 21st century, I have written on topics as varied as: anti-Muslim hate crimes on college campuses, African American funeral homes, the non-denominational church and the January 6th Insurrection, American museum cultures, early 20th century arts collectives in Charleston, South Carolina, African American sororities, gun violence in America cities and police community relations. For more information, see here.

During the colloquium, I will be using this time to reflect on the art that we have created during our three week residency at Allerton Park and Research Center, which consists of: A) Beyond (Land) Acknowledgement: an arts lab that we have created that is part performance, part art installation, part performance art, part arts-based-civic-dialogue but all fellowship.  We are exploring themes of historical conquest, dispossession and resistance in Monticello/Piatt County Illinois. B) Allerton Park GreenHouse Slam:  We will be hosting a presentation of our poetry, blog posts, writings that we have composed during our Spring 2022 Allerton Residency + inviting the local community to share their poetry/spoken word/ writing about Allerton and the broader Monticello/Piatt County community. C)  Completing a first draft of a night of one-act plays with attention to narratives about Native American-Settler relations in Piatt County. 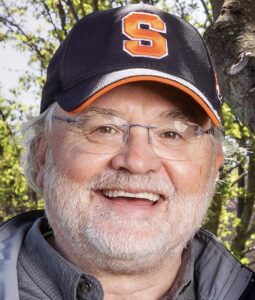 I am Associate Professor and Chair of the Religion Department; core faculty in Native American and Indigenous Studies, Syracuse University; and Founding Director of the Skä·noñh—Great Law of Peace Center. My books are Eating Landscape: Aztec and European Occupation of Tlalocan; Sacred Landscapes and Cultural Politics: Planting a Tree (edited with Ann Gold); The Gift of Sports: Indigenous Ceremonial Dimensions of the Games We Love; Urgency of Indigenous Values and the Future of Religion, in the Syracuse University Press series “Haudenosaunee and Indigenous Worlds,” for which I am co-editor. I established the Doctrine of Discovery Study Group and Indigenous Values Initiative, and am the PI for “200 Years of Johnson v. McIntosh: Indigenous Responses to the Religious Foundations of Racism,” a 3-year (2022-24) grant from the Henry Luce Foundation. 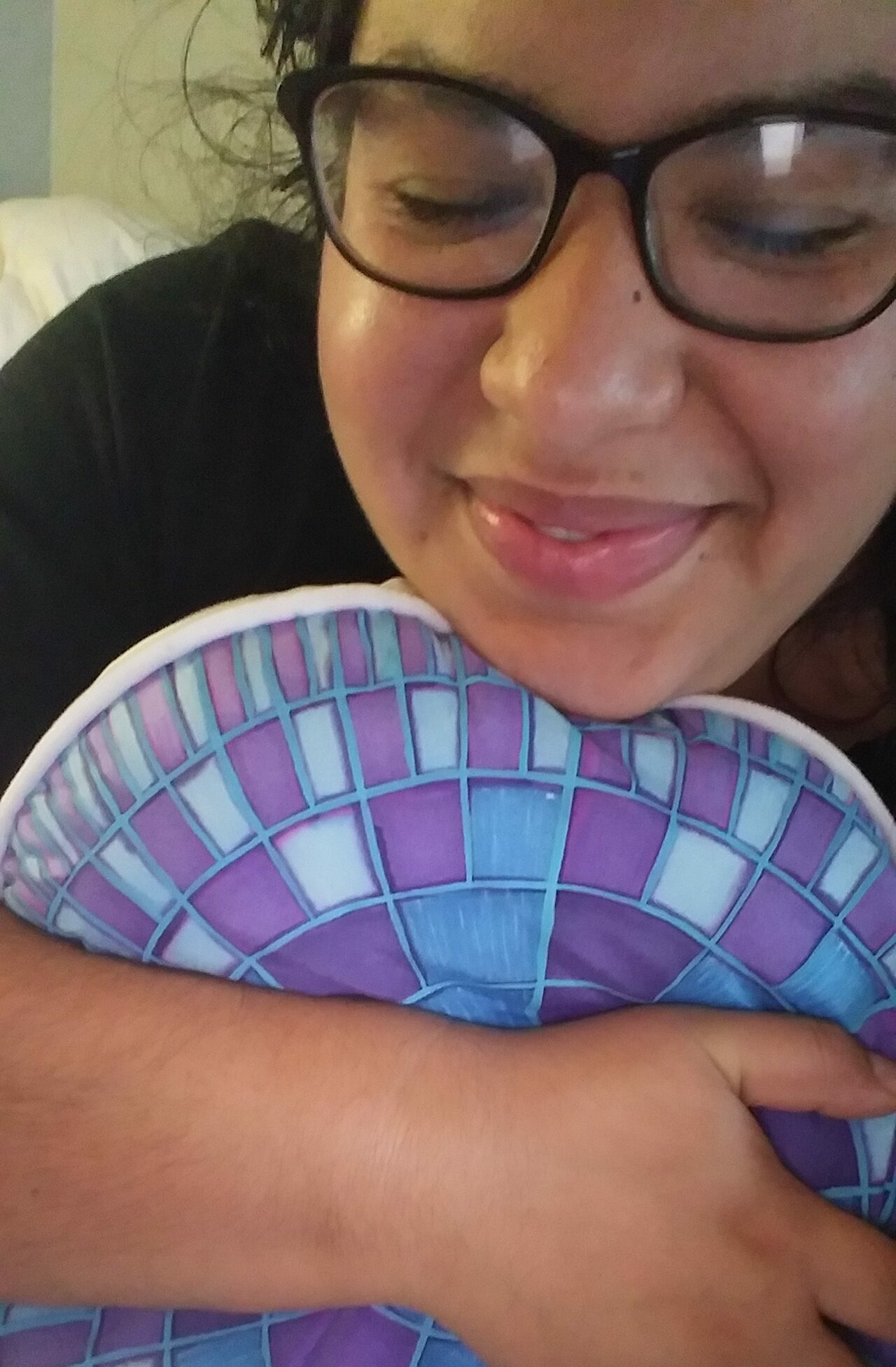 I am a warrior for connection who leads and facilitates workshops on everything from ancestry to artist liberation and watercolor. A Xicana Indigenous visual artist and maker who centers people targeted by oppression and acknowledges their brilliance, I create within community as a way to heal and transform society.

I will bring my Ancestor Wheel Project that explores inter-generational experiences and the importance of ancestral connection to heal from trauma. I believe that our community can expand our understanding of our ancestral impacts and take on challenges that we face to understand the powerful impact we make now and on the generations to come. My research will build my Ancestor Wheel Project curriculum and continue my work as a community arts educator focusing on creativity, connection and collective liberation. 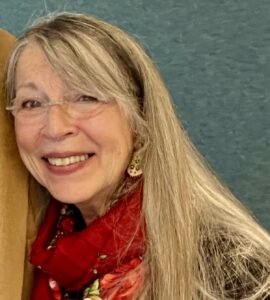 I am a citizen of the Mohawk Nation at Akwesasne. Born in Syracuse. From age 2-18, I performed weekly on local radio & TV, and my band performed locally, throughout the 1970s. In 1980-82, I toured with Native Americans in the Arts, also appearing at the legendary La Mama Theatre in NYC. From 1983-1985, I was Administrative Assistant to the American Indian Law Support Center at the Native American Rights Fund in Boulder, CO. This experience clarified the unique sovereign status that the Onondaga Nation holds internationally, which sets them apart from the federally imposed Bureau of Indian Affairs governments that are held under the “guardianship” of the US. Since returning to Syracuse, I have helped organize the “Two Row Conference in 1996,” “Roots of Peacemaking in 2007,” and “Doctrine of Discovery” Conferences in 2014, 2018 and 2020. I co-edited the NOON Bookletand am on the Planning Committee of the Skä·noñh—Great Law of Peace Center, and am a Founding Board Member of the Indigenous Values Initiative. 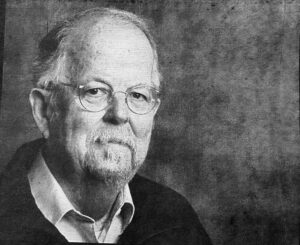 I am an artist, writer and activist. An Episcopal priest, I have been a college chaplain, parish priest, and served on the Church wide staff, and have a D.Min. As a printmaker for 18 years I have explored the use of printmaking as an artistic expression of aspirations for justice and life in a time of social and environmental destruction.

In the colloquium I hope to explore the relation between  acts of resistance and aspirations for positive social and political change. I hope to create a text and linocut relief prints from this exploration. 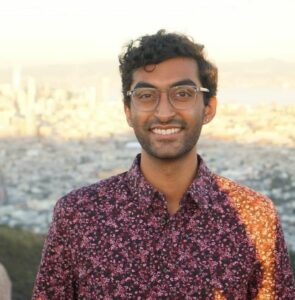 I am the Advocacy Director with Hindus for Human Rights, a US-based organization that advocates for pluralism, civil and human rights in South Asia and North America and provides a Hindu voice of resistance to caste, Hindutva (Hindu nationalism), Islamophobia, and all forms of hate. I also serve on the board of Sadhana: Coalition of Progressive Hindus. My writing and reporting on religion, politics, and South Asia have appeared in media outlets such as Foreign Policy magazine and the Diplomat, and I was a reporting fellow with the Pulitzer Center for Crisis Reporting.

During the colloquium, I will be writing an article reflecting on ongoing efforts among Hindu Americans to articulate a progressive Hindu identity—one which rejects caste and Hindu nationalism. I will also engage themes from Dalit theology and other liberation theology traditions. 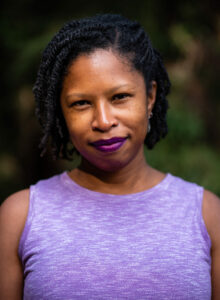 I am Associate Professor of Peace and Conflict Studies at Conrad Grebel University College, University of Waterloo in Ontario, Canada. My areas of scholarship and teaching include restorative & transformative justice, contemporary anti-violence movements, and narrative approaches to social change. My writing on the confluence of racial, gender and restorative justice is featured in several anthologies, including Beyond Equity and Inclusion in Conflict Resolution, Colorizing Restorative Justice, and the Routledge International Handbook of Restorative Justice. I serve on the advisory board of Life Comes From It, a U.S.-based grantmaking circle resourcing restorative justice, transformative justice, and Indigenous peacemaking initiatives led by Black, Indigenous, People of Color.

During the colloquium, I will conduct research for my first book manuscript, Love In the Wake of Wounding: Black Womanist Ethics and Reparative Justice, which places women-of-color led discourses and approaches to restorative and transformative justice in conversation with Black feminist and womanist traditions of Christian social ethics. 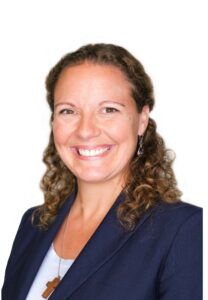 I am a social justice movement lawyer, Catholic activist, restorative justice practitioner, criminal justice reform expert, and an internationally sought-after speaker on social justice, spirituality, and liberation. I have been serving as a Spiritual Advisor on Louisiana’s death row for the past 17 years. In the past, I have served as a Movement Capacity Building Strategist supporting about 50 formerly-incarcerated-people-led non-profits, the Statewide Campaign Manager for the Unanimous Jury Coalition abolishing a 138-year-old Jim Crow law in Louisiana, the founding Director of the ReEntry Mediation Institute of Louisiana, the Executive Director of the National Police Accountability Project, President of the Louisiana Chapter of the National Lawyers Guild, and Founding Director of the New Orleans Community-Police Mediation Program. I teach Christian Ethics at Loyola University-New Orleans and served as the Practitioner-In-Residence at Wake Forest University’s School of Divinity.

As a former Catholic nun and a tribal citizen of the Ani-Yun-Wiya Cherokee Nation, I will be researching and writing about Indigenous restorative justice practices and how to best use them to decolonize the current punitive criminal justice system into one that is both transformative and restorative. 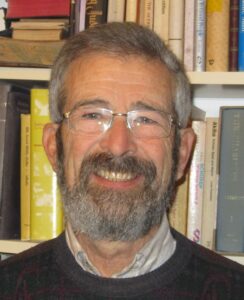 I am a Reform rabbi and hold a PhD in Jewish history.  I have worked as a high school teacher and principal before moving to Israel in 1990, where for 20 years I directed an NGO fostering religious and ethnic pluralism and dialogue in the Galilee. In 2018, my book Contested Utopia was published, examining how utopian thinking affects discourse about Israel and Palestine.

My current research interest is how our processing of the past affects that discourse: What would it mean to talk about restorative justice in this context? 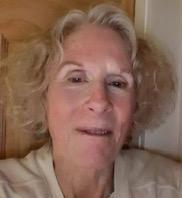 My colloquium topic regards roles of storytelling in repairing harms inflicted on people imprisoned under violent, traumatizing conditions. An ancillary focus is links between these roles and the narrative practices of restorative justice. By documenting the transformative potential of personal storytelling for imprisoned individuals and for broken community relationships, I plan to develop a framework for producing a compelling argument to expand narrative writing programs inside prisons and a modular story writing curriculum for incarcerated people.

During previous work as a writer and communications director for Amnesty International, I became familiar with a wide range of prison systems and the human rights abuses they perpetrate. Along with writing about human rights and social justice issues in recent years, I have taught narrative writing, theology, and restorative justice in several New York State prisons. Witnessing ways in which storytelling can restore hope, heal relationships, and strengthen the powers of human dignity has been inspiring and motivates my current work. 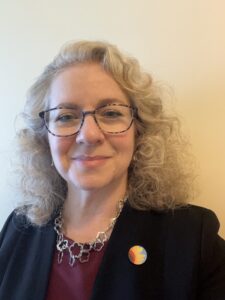 Ordained by Hebrew Union College-Jewish Institute of Religion in 1997, I am the Executive Director of the Women’s Rabbinic Network (WRN), a partner organization of the Reform Movement. For over 40 years, WRN has worked to narrow the wage gap, encourage paid family and medical leave for all employees, create safer, respectful Jewish communities, and promote equity.

Representing our rabbis and other victim-survivors/by-standers, I am currently a stakeholder advocate in an historic reckoning in our Movement, focusing on harassment, abuse, and misconduct, seeking accountability and a path to repair. I am particularly interested in how restorative justice is or is not capable with the Jewish concept of teshuva, repentance. I live in NJ. 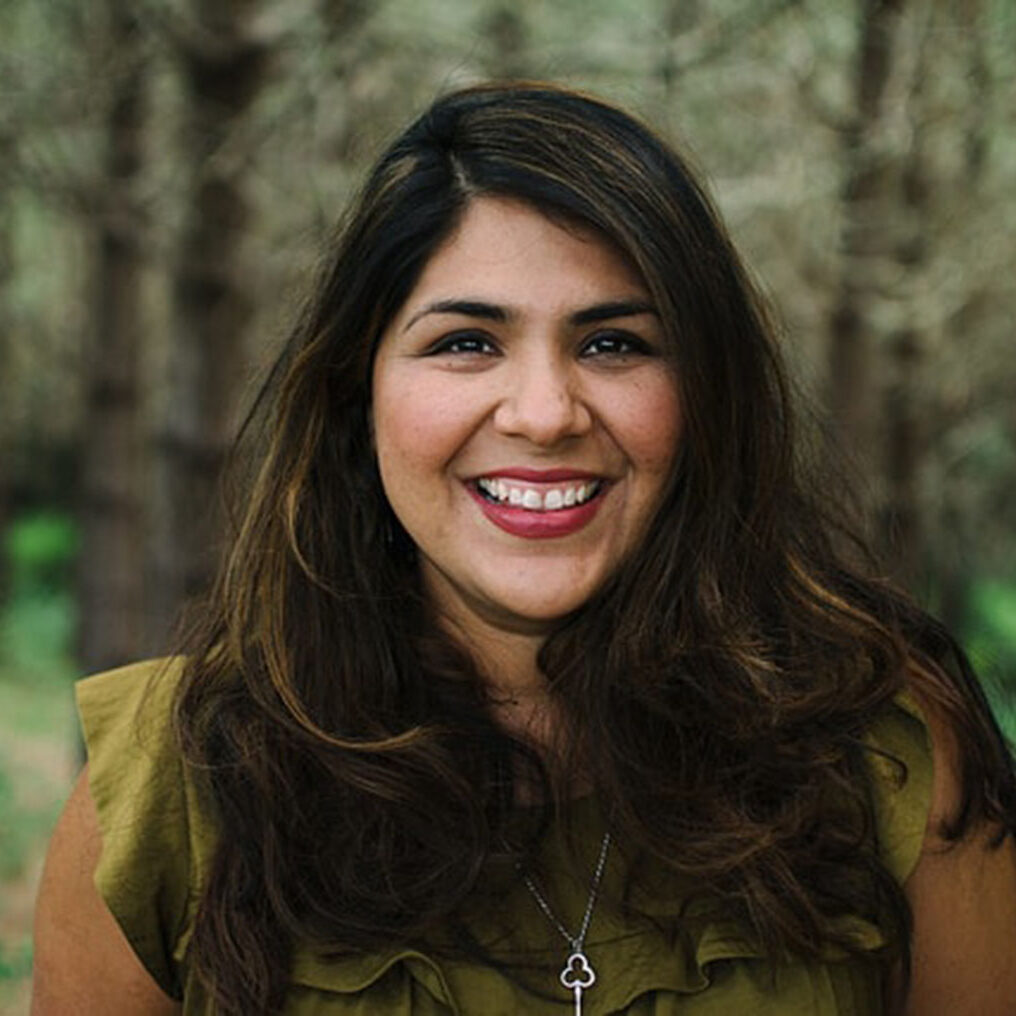 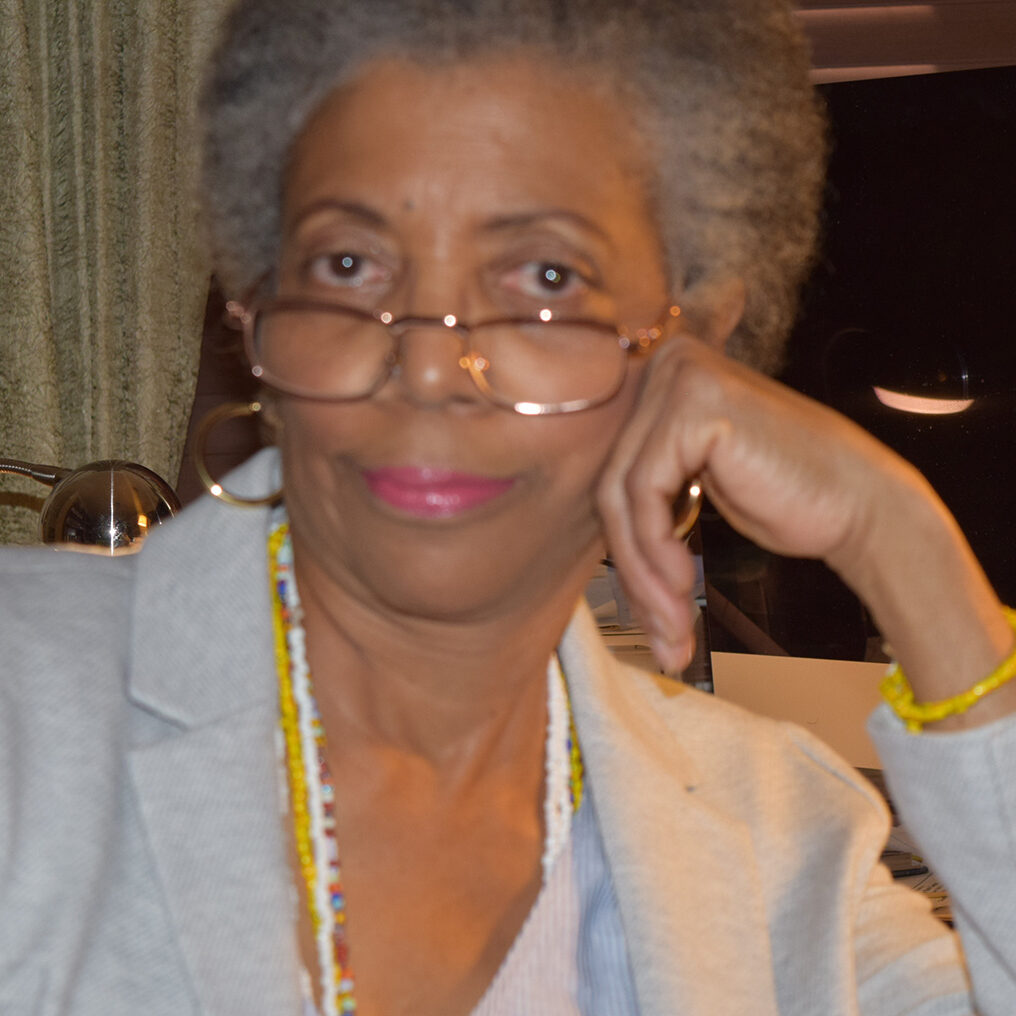 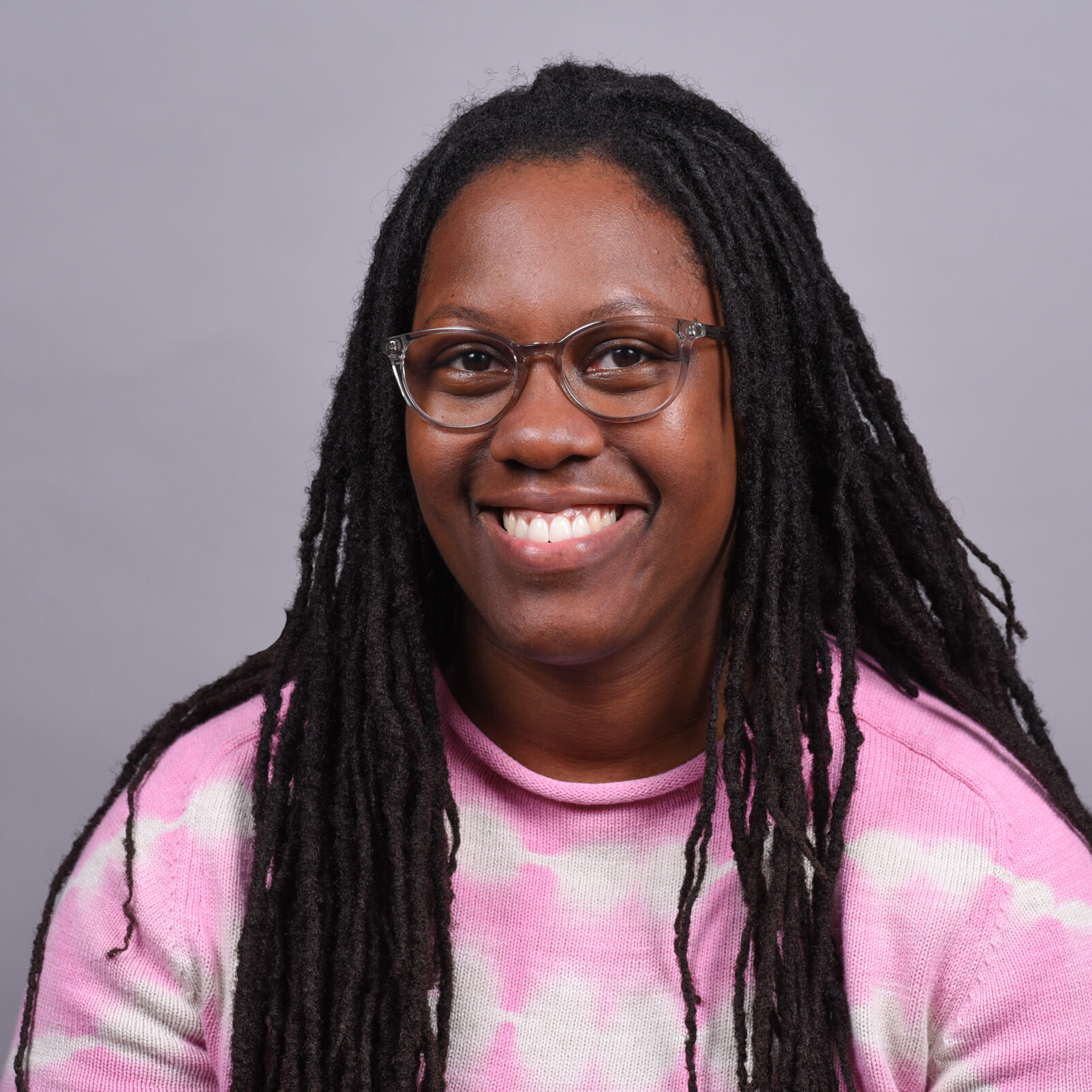 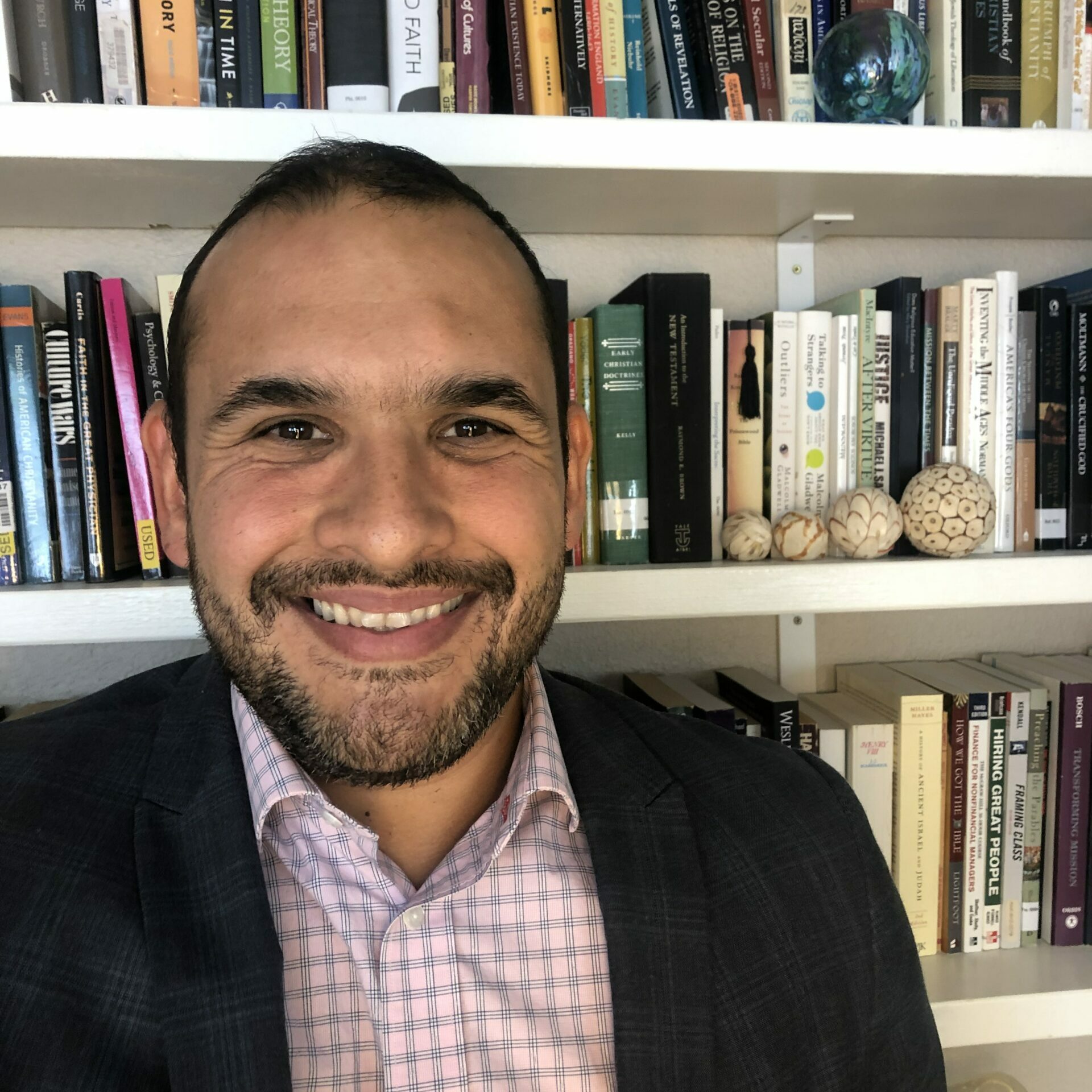