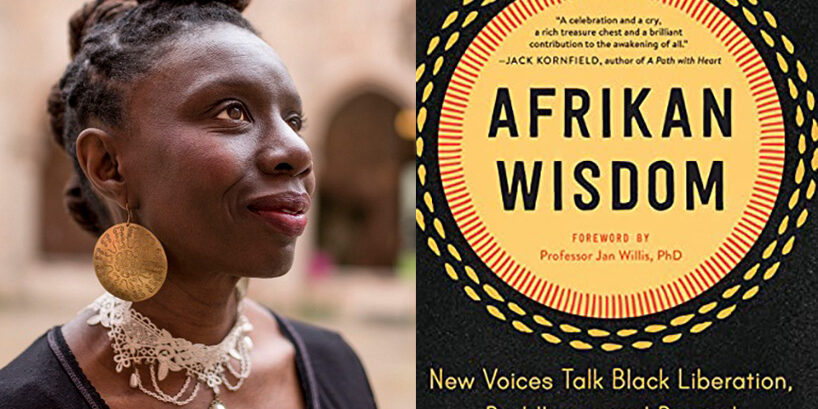 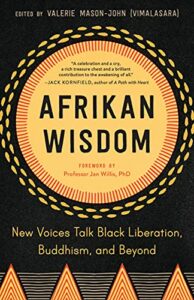 Pamela Winfield: Please tell our readers a little about yourself.

Vimalasara: In October 2021 I was named one of the “Top Ten Black British Gay Icons” in Gay Times magazine (UK). I am also one of those fortunate people who has been awarded an honorary doctorate for my lifetime achievements in documenting the lives of African and Asian people in Britain. That was many moons ago at the University of East London. Since then, I have amassed ten books, including several award-winning ones.

My most recent collection of social justice poetic aesthetics entitled I am Still Your Negro: An Homage to James Baldwin was shortlisted for two prestigious awards in Canada: the Dorothy Livesay and the Gerald Lampert Awards. My co-edited anthology with Kevan Cameron entitled The Great Black North: Contemporary African Canadian Poetry won best poetry book and best educational book in Canada. My novel Borrowed Body beat Joan Didion’s book The Year of Magical Thinking for the Mind Book Award in the UK, and Eight Step Recovery: Using the Buddha’s Teachings to Overcome Addiction won best self-help book in 2014.

I hope that my new anthology Afrikan Wisdom: New Voices Talk Black Liberation, Buddhism, and Beyond will also be widely recognized. All royalties will be donated to Peace at any Pace, an organization dedicated to healing, uplifting, and liberating “past present and future generations of the African diaspora.”

PW: What is the nature and purpose of this edited volume? That is, what does it discuss, and why is it important?

V: Afrikan Wisdom is an anthology that brings together activists, educators, academics, and writers to share a part of our story in the diaspora. The first section begins with “Reappropriating the Buddha.” In Euro-American cultural contexts, white convert Buddhists seem to have the monopoly on Buddhism and have ignored the many indigenous Buddhists from South, East, and Southeast Asia where Buddhism originally developed. Chinese and Japanese immigrants first brought Buddhism with them to the United States and other western countries in the 1840s, but many histories focus principally on the 1970s, when white Jewish teachers like Sharon Salzberg, Jack Kornfield, and Joseph Goldstein popularized Buddhist meditation among white American communities. As a result, the Asian roots of Buddhism are often overlooked when white Buddhists today appropriate Buddhism through secularized mindfulness practice or vipassana insight meditation.

As a result of this whitewashing, many of us who are of African descent come to believe that Buddhism is not for us. The section on “Decolonizing Mindfulness,” therefore, makes it explicit that Buddhist practices are not just for the elite, privileged, white person. In fact, many of our indigenous African traditions actually mirror many concepts of Buddhism, but the continent has been so influenced by the colonizing religions of Christianity and Islam that we have lost sight of them.

For example, the notion of ubuntu, or one’s sense of shared humanity, has been part of the fabric of many African countries for centuries and closely resembles Buddhist teachings on interdependence and selflessness. Other sections of the volume like “Black Liberation” and “Social Justice: A Revival of an Old Religion” then focus specifically on Black liberation worldwide, for in 2020 we witnessed and re-lived a resurgence of successful Black liberation and social justice movements like Black Lives Matter.

The book closes with a section on “The Political is Personal,” demonstrating how it is not possible to separate the two. The political and the personal are two sides of the same coin. I believe this anthology is a wakeup call, a nudge to reclaim many practices that can transform self and other, that can give us liberation and freedom. We are the future’s ancestors, and just as our siblings have a whole history to pass down on the continent, here in the diaspora we must pass down our histories and legacies as well.

PW: How did you select your 34 contributors? What was it like working with so many different voices and viewpoints?

V: The premise of the book initially began as anthology documenting Black Buddhist voices. However, like all projects, when you begin working on it, things change. I realized that I wanted to include a multitude of voices that have contributed to the emancipation of all people of African heritage. I wanted to reflect the intersectionality of spirituality, social justice, and black liberation movements. If we want liberation in the diaspora, then we as people of African descent must bring all of us along, and not compartmentalize ourselves.

PW: Who is your intended audience for this volume, and what do you hope they will take away from reading it?

V: My intended audience is anyone who is interested in Afrikan wisdom [Editor’s Note: the spelling of Afrikan with a “k” indicates the contested Afro-centric claim that colonizers introduced the letter “c” into continental alphabets to literally rewrite African identity, and that reclaiming the correct spelling of Afrika promotes indigenous self-determination.] Now that the book is out, anyone in the world can pick it up and read it. My hope is that this book will go onto university and college reading lists. I hope that it’s one of those bibles you must have on your bookshelf. I hope it will sit alongside people’s collections of Baldwin, W.E.B Du Bois, Maya Angelou, and other works.

PW: How do religious / spiritual / cultural resources in the book address the very real problems of structural racism and intergenerational trauma?

V: One needs to read Afrikan Wisdom through the lens of celebration and wisdom, rather than through the lens of structural racism and intergeneration trauma. The authors do not side-step these atrocities but remind us of the wealth of knowledge we have. It’s time for the Sankofa, the “retrieval” of our ancestral wisdom. When we were stolen and enslaved, we left everything physical behind. But we took our minds, we took our oral traditions, and our wisdoms, and it’s time to honour this.

PW: How can Black Buddhism(s) and African-heritage traditions help heal these systemic challenges and lead to social justice?

V: I believe that all religions have the capacity to heal us from these systemic challenges. It’s just that the three poisons of greed, hatred, and delusion get in the way of individuals progressing. As Black Buddhists, we have the job of making Buddhism culturally specific to our communities. White converts have done this, and we need to too, while integrating some of our indigenous traditions from Africa. We can begin by looking at Martin Luther King Jr., who expounded upon the three poisons of poverty (that corresponds with greed), militarism (that corresponds with hatred), and racism (that correspond with delusion). Ubuntu also speaks to the interconnectedness of all things. I am because you are. This too is one of the teachings of Buddhism. African heritage traditions can heal us if they liberate us and point us in the direction of freedom.

PW: What is your definition of “liberation?” What does it look like on an individual and collective level?

V: Liberation in the words of Bob Marley: “Emancipate yourself from mental slavery, no-one but ourselves can free our minds.” I believe that in my cells.

PW: What influential encounters (with books, ideas, people, places, movements, or spiritual traditions) have helped to shape your vision of liberation?

V: James Baldwin, CLR James, Audre Lorde, June Jordan, and Barbara Burford have been some of my teachers. Black Lives Matter is the movement that has changed so much in history, and we must document that. My main influence today is Buddhism. I remember that when the prince [Siddhartha] sat beneath a tree and vowed to find an end to suffering, his liberation came from deep within his heart-mind. When I think of people like Nelson Mandela and Harriet Tubman, I believe that their wisdom also came from within, and that their wisdom and compassion has also saved many lives. They too were bodhisattvas, dedicating their lives to help liberate and emancipate people of African descent.

PW: How does this book fit into your previous work?

V: I began my writing life as a journalist. I first covered Aboriginal deaths in custody and Aboriginal land rights in Australia, and my whole journalist career was dedicated to writing about the oppressed and the marginalized. I wrote and edited my first two books to document the lives of African and Asian lesbians in Britain. Since living in Canada, I have co-edited the first national anthology of African Canadian poetry, The Great Black North, and co-produced www.blackhalifax.com, a free website documenting the lives of African Canadians from the 1700s. My writing life is dedicated to the uplift of BIPOC people.

PW: Please leave us with your favorite quote from the book and explain why it appeals to you.

V: What comes to mind is the late writer, Pat Parker, who wrote a piece called “For the White Person Who Wants To Know How To Be My Friend.” She writes, “The first thing you do is to forget that I’m Black. Second, you must never forget that I’m Black.” I love this quote because it reminds me of the thirteenth-century Zen master Dōgen who once wrote: “To study the Buddha Way is to study the self. To study the self is to forget the self. To forget the self is to be actualized by myriad things.”

Dr. Valerie (Vimalasara) Mason John, M.A. (hon. doc.) is a queer Black Buddhist activist, author, and social change agent. They have authored, edited, or co-edited ten critically acclaimed books dedicated to the uplift of BIPOC and LGBTQ+ communities, and they are the co-founder of Eight Step Recovery: Using the Buddha’s Teachings to Overcome Addiction programs throughout the English-speaking world. They are an ordained member of the Triratna Buddhist Sangha.