Faces of My Confinement 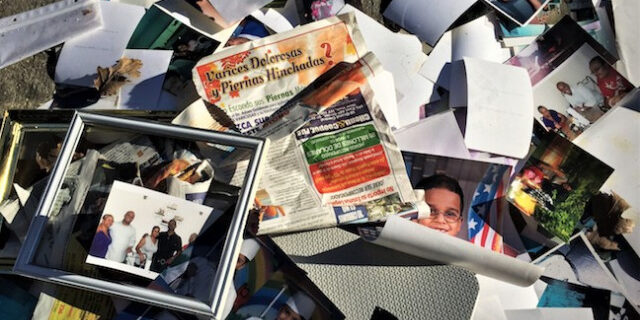 A photo essay by Patricia Bellucci

It was as if someone had flipped a switch—all of a sudden the streets of my neighborhood were transfigured, emptied of the people and activities which usually kept it humming day and night. All of the folding tables, mismatched chairs, milk cartons, and other paraphernalia used by street vendors, local shops, and domino players alike were now collapsed, stacked up, and secured to poles and buildings. With the exception of a handful of essential businesses, most shops were closed and gated. Handwritten notes were taped to security gates promising to reopen “soon.” And it was quiet. Really quiet. Only the whir of sirens disrupted the eerie stillness of it all. 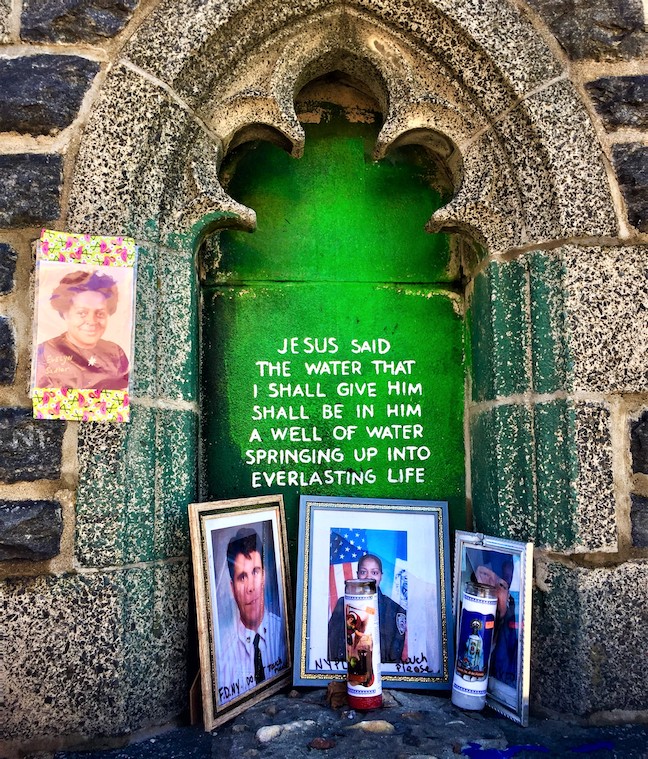 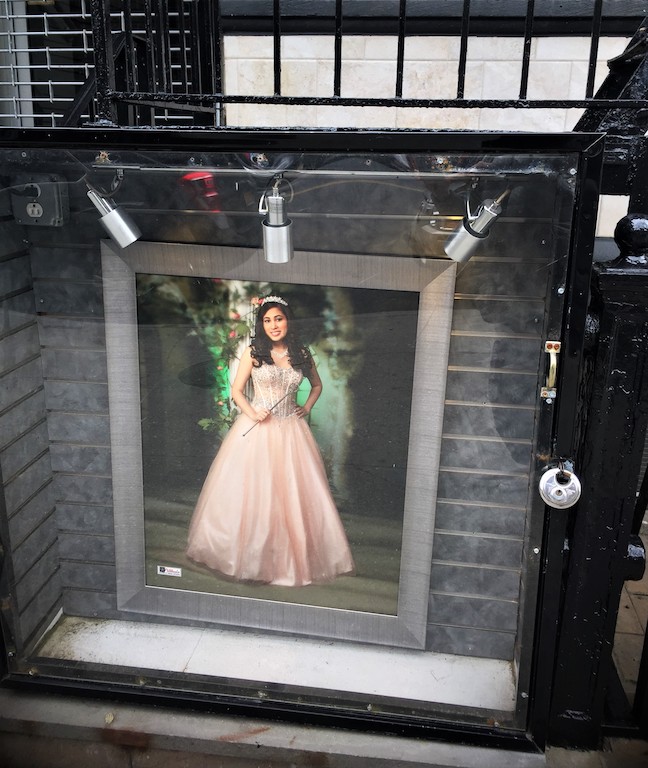 That was back in late March, when New York’s governor Andrew Cuomo ordered all non-essential businesses across the state to close, driving most everyone into some version of extended lockdown. NYC has gradually opened up since then, but only partially, and even then with strict limits in place. We now go about our lives in a kind of limbo, continually adapting to new norms, and ever aware of the staggering grief which envelops our city. 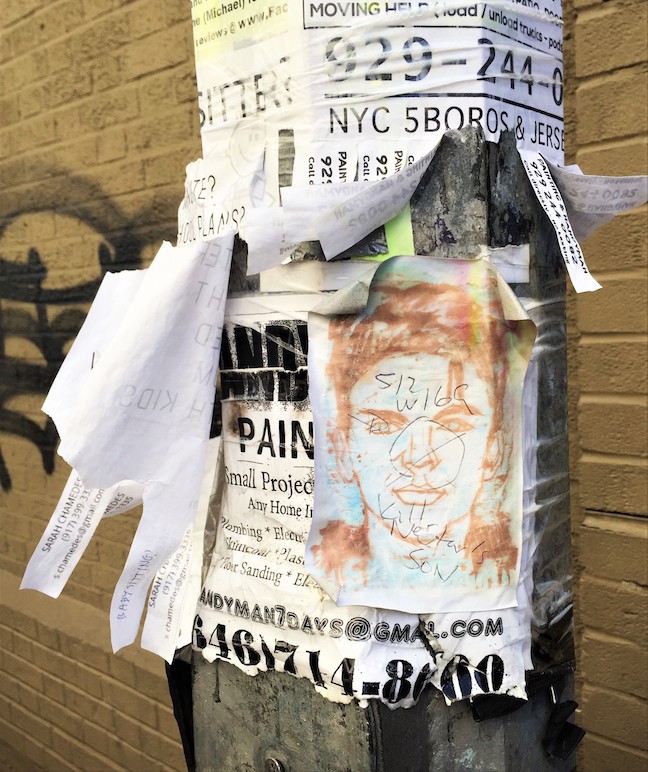 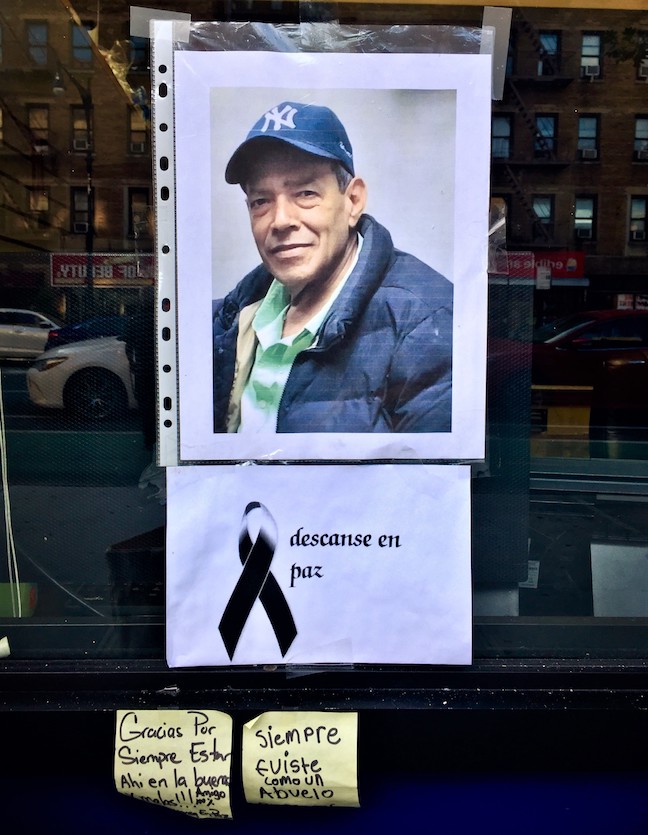 The pandemic has cast an appreciable pallor over the city, a kind of melancholy, that writer Orhan Pamuk would call hüzün. Pamuk describes hüzün as a pain rising from of a communal sense of loss. Reminders are everywhere: masked faces, sanitizer at the checkout, distancing demarcations, no indoor dining, and so on. But there is also other witness to be had, if one looks more closely. 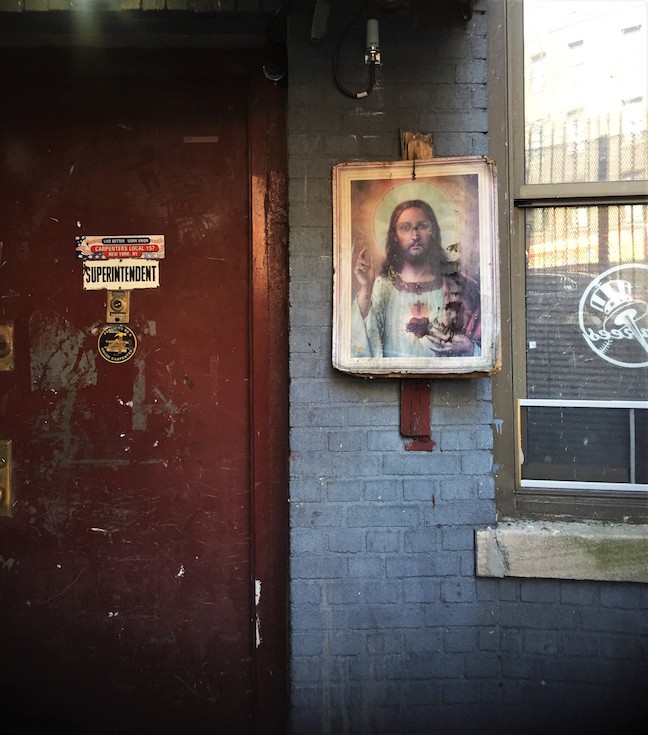 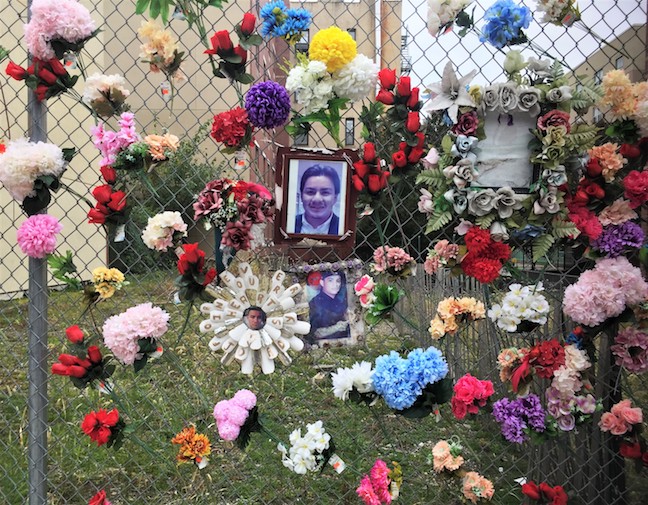 Always an inveterate walker, I am grateful to get outside each day for a couple of hours and wander around the (ever-expanding) perimeter of my neighborhood. Taking his cue from poet Charles Baudelaire, the author and critic Luc Sante might refer to such behavior as “flâneuring.” In doing so, he maintains, one “must be able to read the entire text of the streets, including its footnotes, interleavings, and marginal commentary.” He is on to something there, as small incongruous details began to catch my eye: a cheerful window display in a now closed shop, or the steam rising from a sidewalk grate, partially obscuring the sole pedestrian in its path. Ordinary life took on a surreal dimension. Suddenly the plot had changed and the familiar seemed alien. 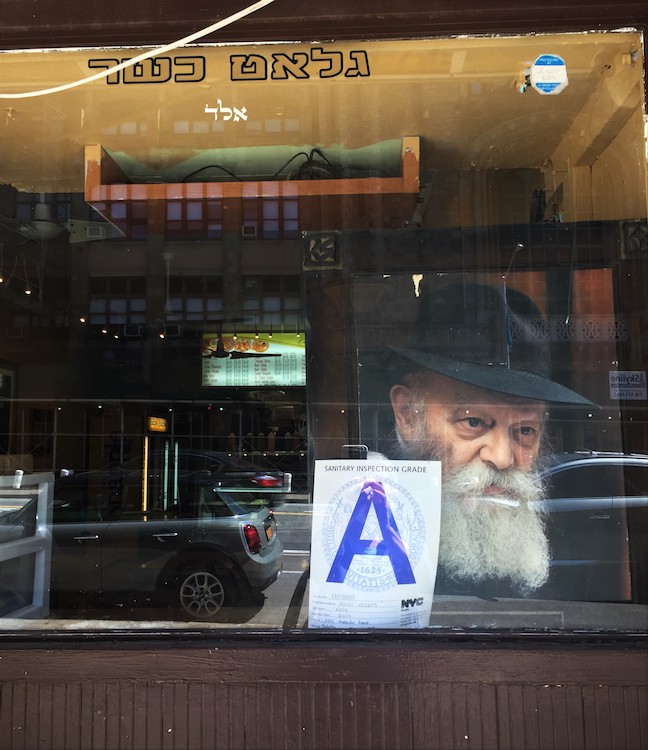 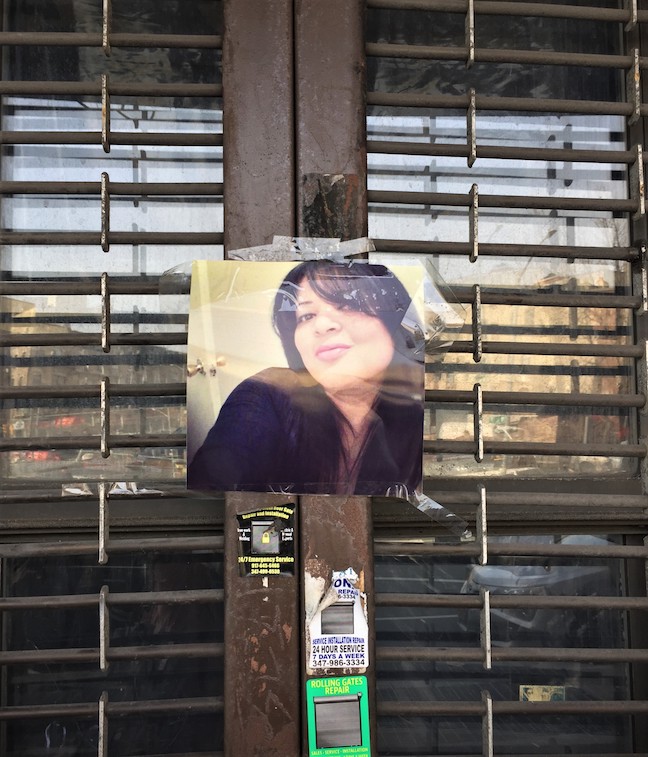 Most striking, perhaps, was the proliferation of street memorials—makeshift shrines of candles, flowers, photographs, and personal items memorializing a loved one or friend—which I have been photographing for many years now, but which noticeably increased since the pandemic started. Whether all of them can be attributed to COVID I cannot say, but it is reasonable to assume that the loss of a loved one during the pandemic meant additional anguish for those who were not permitted hospital visits, or who faced daunting challenges when it came to funeral arrangements. What people could do, however, was build a memorial for their loved one and gather outside of an apartment building and grieve together. And that is what they did. 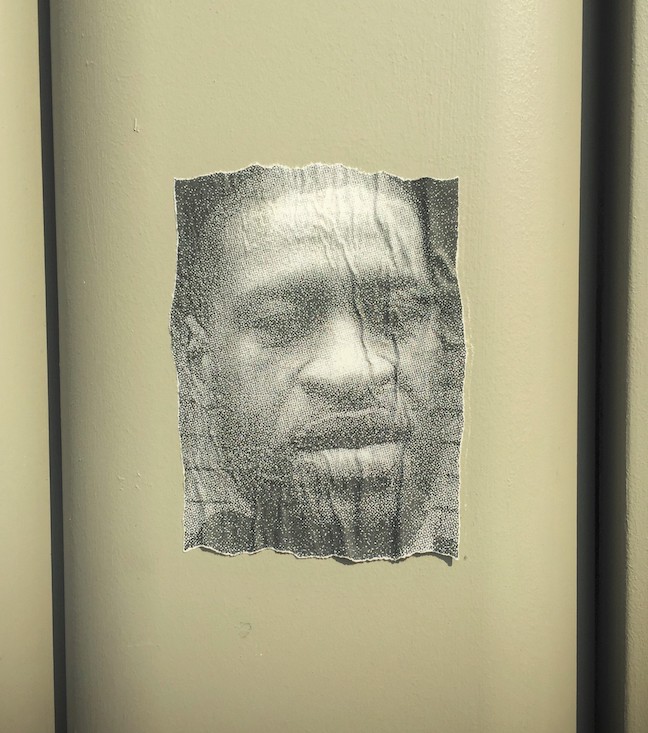 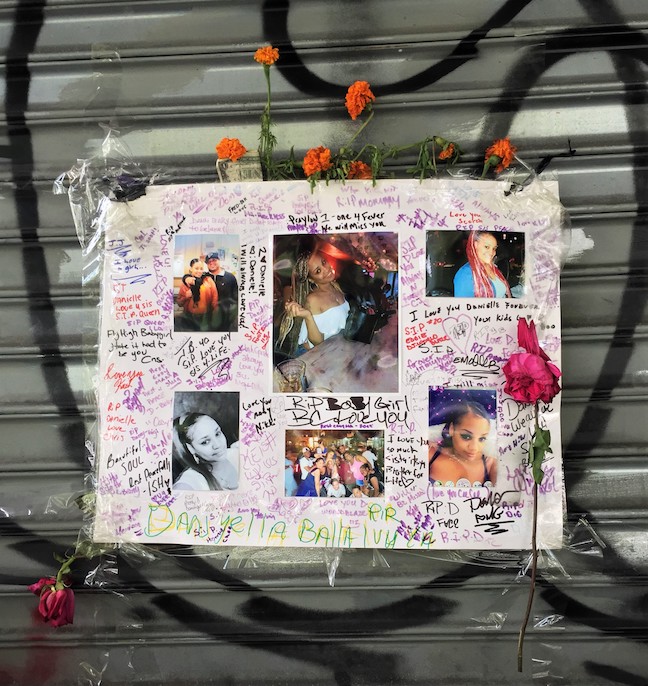 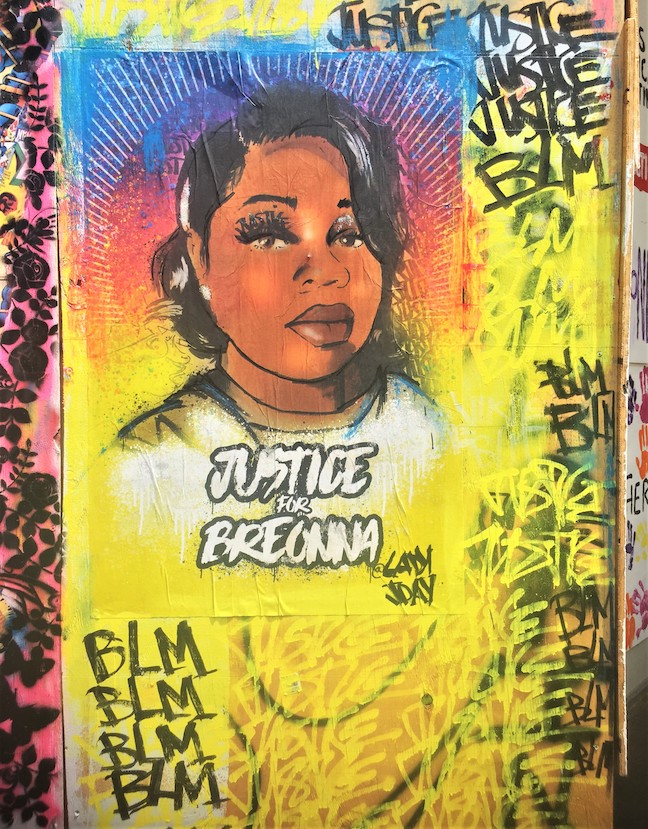 The shocking murder of George Floyd two months into the pandemic again transfigured the landscape. Heretofore empty streets were suddenly filled with protestors; this continued on an almost daily basis, across all five boroughs, for months. Street artists were next to answer the call, when the faces of George Floyd, Breonna Taylor, Ahmaud Arbery, and others soon materialized all over the city. Throughout it all, I continued to take pictures of what I was seeing on my daily walks. In her seminal work On Photography, Susan Sontag maintains that “all photographs are memento mori [testifying] to time’s relentless melt.” We were living through an extraordinary moment. It seemed important to me to mark each day with the images that had filled it. 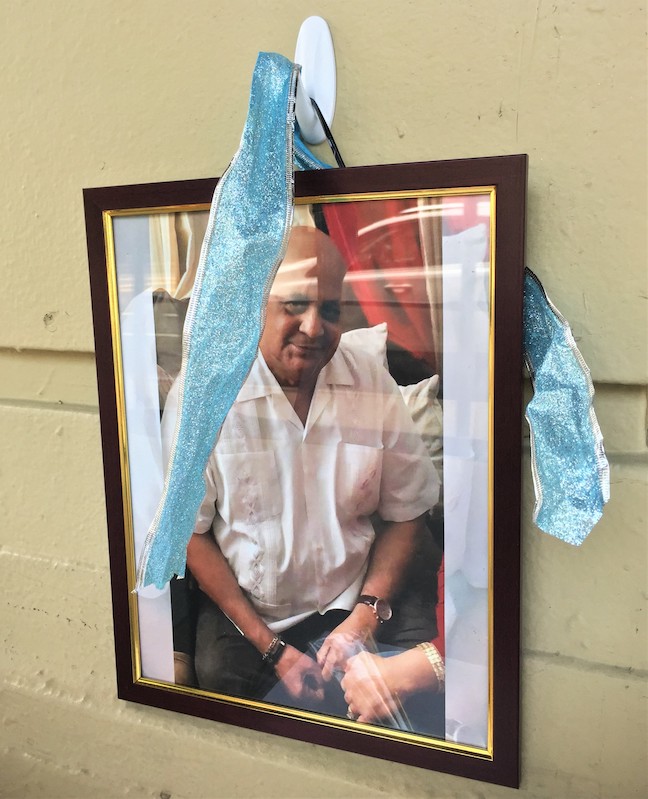 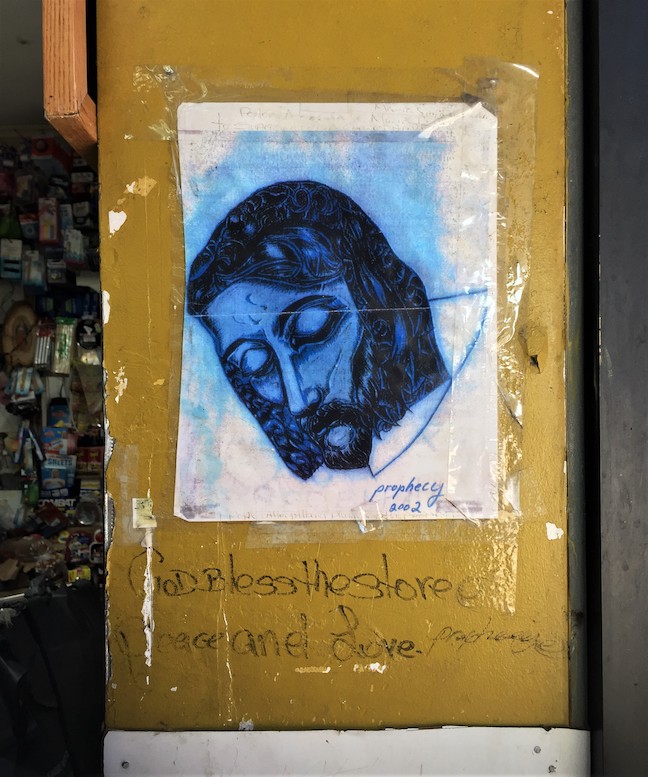 One thing that struck me as I began sorting through my pictures was the images of faces. No, not the masked ones that I encountered out on the street (and there were plenty of those), but a more eclectic portrait gallery accumulated from walls, shop windows, memorials, and other random places along the way. What was it about these images that intrigued me? Sure, some of them are recognizable figures, but others remain total strangers. I think it is simply that these faces, unmasked, evoke a moment in time that can no longer be retrieved but can be recalled, preserved. Roland Barthes speculated that “photography has something to do with resurrection…at once the past and the real.” So I want to share these faces as a way of honoring them, remembering them, and in humble acknowledgement of their presence during my confinement. 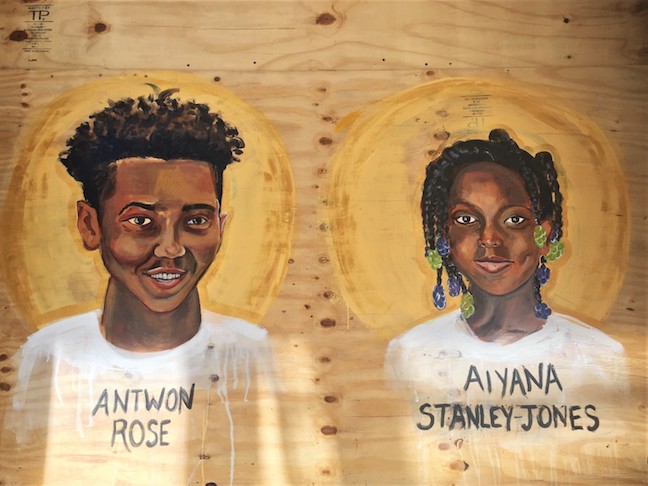 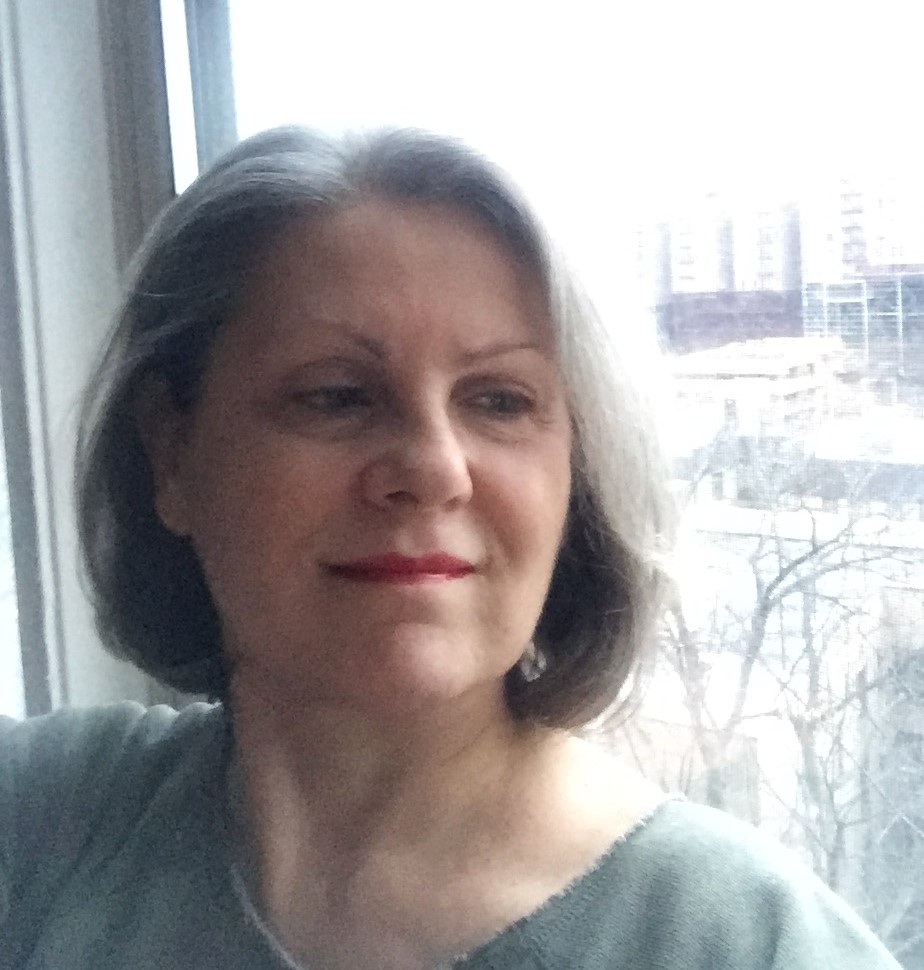 Patricia Bellucci is a visual artist and itinerant street photographer who lives and works in New York City. She holds a BFA in painting and sculpture from the School of Visual Arts, and an MA in Religion from Fordham University. Her work has been exhibited around New York City and also in Ireland. Most recently, she participated in #ICPConcerned: Global Images for Global Crisis, at the International Center for Photography, in New York City. The exhibition was a response to the COVID-19 pandemic and the Black Lives Matter movement. Instagram: @artprojexpb, @allsoulznyc