From creation to apocalypse every day: An interview with Dr. Rebecca S. Chopp 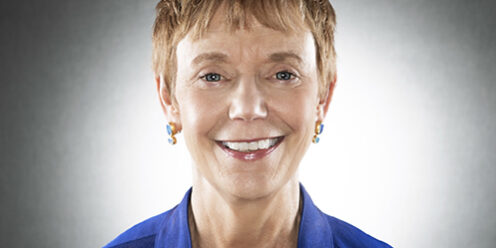 In 1992, I walked into a graduate seminar at Emory University and my scholarly life was forever changed. The instructor was Rebecca Chopp, who at the time was an associate professor of systematic theology. The course centered on the writings of Julia Kristeva and Paul Ricoeur, and Dr Chopp led an in-depth theoretical seminar that included students from comparative religion and comparative literature, biblical studies and women’s studies. For me, it was one of those courses that changed my mind about a lot, deepened my approach to thinking, and opened up the avenues for what I thought I could do in graduate school.

Since then I’ve had the privilege of keeping up with Rebecca as she has gone on to a series of high-level administrative positions: Provost at Emory University, Dean of Yale Divinity School, President of Colgate University, President of Swarthmore College, and, most recently, Chancellor of Denver University. In 2019 she announced she was stepping down as Chancellor, but she has kept active in a variety of projects.

I recently contacted her to ask if she’d be willing to do an interview with me for the inaugural issue of “The Commons,” a publication that grows out of the APRIL’s 85 years of work at the nexus of higher education, religious life, and social justice.

SBRP: It’s funny the things that stand out from one’s student years, but one thing I remember vividly was a comment you made on one of my papers. I had written about Julia Kristeva’s work on xenophobia, immigration, and cosmopolitanism. I made a sophomoric comment about how one might find more xenophobia in rural areas, while urban centers are more “cosmopolitan.”

You said that’s not true: some of your neighbors from where you grew up in rural Kansas were far more hospitable to strangers than people you’ve met in big cities. As I look back, I’m struck by how that little comment really opened up so many other ways of thinking for me about assumptions we make, and especially about finding space for the stranger in a myriad number of places.

And so, I want to start by asking about your roots in Kansas, and as a first-generation college student. In so many conversations I’ve seen with you, this has been an important part of your narrative. The New York Times titled an interview with you, “From Farm Girl to College President.” Why do you think this is? Is it something like, “You can take the girl out of Kansas, but you can’t take Kansas out of the woman?”

RSC:  My parents – and my culture at large – didn’t expect me to go to college. In high school I took home economics and typing. I hoped to marry a rancher, have five or six children and be active in theater and the arts in my hometown. Going to college was due to various “unexpected” factors. College opened up new worlds to me and cultivated new ways of seeing and being. I would have enjoyed living on a ranch, but college quite literally gave me new landscapes to explore and new ways to serve many communities.

SBRP: I’m writing this from an office at Colgate University, where you served as President, and where they have just inaugurated the “Rebecca Chopp Chair in the Humanities.” You then became President at Swarthmore, and then Chancellor of the University of Denver. In all of these positions, I think I’m correct in saying, you were the first woman to hold any of these offices. What does that mean to you? And how have you seen changes in leadership in higher education evolve over the past twenty years?

RSC: I think that when one is the “first” in any position, it means there is a responsibility to make sure others have such opportunities to achieve and serve.

Leadership has become more complex and challenging in the last twenty years. Alumni, boards, students are others represent the same trends of polarization that we see in the general population. Social media, though with many benefits, means that firestorms can erupt overnight and take over an institution. The increasing litigious society is good in that it makes policies for justice and fairness more impactful, but certainly require more and more time. As state and federal resources for education diminish, fundraising is more and more important. And – on top of all of this – education must be reinvented due to numerous causes such as economic pressures, technological opportunities, changes in the knowledge society, and a new generation of faculty, students and staff.  I think leaders now have to be even more energetic, interpersonal and collaborative than they had to be twenty years ago.

RSC: I still can’t explain why President Chace at Emory plucked me out of the classroom to become the provost but that is how I left the classroom as a feminist theologian and entered university administration. I have always felt it is easy to be a theologian and a university administrator since one gets to view the world from creation to apocalypse on almost every day! What I brought from feminist theology was a keen interest in envisioning the future for an inclusive community, a sense of the importance of individuals and communities knowing and telling their story, and an analytic framework for understanding how culture, language, and structure interrelated in complex ways.

SBRP: What do you think has been your most important lasting impact on the institutions that you’ve led? Were there any policies or programs that stand out that you are particularly proud of?

RSC: I think the most important impact I have had on several institutions is to energize them, to help them address what has been keeping them from achieving their aspirations, and to strengthen themselves as an academic community. At several institutions I have help found centers or programs in innovation, ways to help faculty and others continue to reinvent education. I have started numerous programs to bring academic affairs and student affairs together in a wide variety of ways. And I have always been proud of supporting faculty research and finding the resources and policies to support that research.

RSC:  I work as an executive coach for presidents and vice presidents now, and I see an enormous amount of creativity in our current leaders. I think the way faculty across the country have adapted to new methods of teaching during COVID, tells us that faculty are highly adaptable and creative when it is needed. And I think the institution of education in this country has had a resiliency that will help it flourish so long as our democracy survives. I am pessimistic that all institutions will be able to figure out how to survive by reinventing themselves. In some institutions, a lack of resources to reinvent will prevent their survival. In others, leadership in the Boards, in faculty, and in administration may make wrong choices or move too slowly.

SBRP: Is there still room for a “spirituality of education”? Is that a topic that leaders in higher education talk about? Or is it predominantly a secularized space?

RSC: I can’t say I have participated in conversations around a “spirituality of education” but I would like to! I also don’t think higher education is a predominantly secular space. There are lots of religiously-affiliated institutions that combine their traditions and current approaches in academic scholarship. But even in so-called secular institutions, I have found religious and spiritual practices of great interest for many.

SBRP: I know you’ve had a deep appreciation for art over the years, and have artworks by artists from Chuck Close to Emma Petitt. Is art still important in our society? In our education system?

RSC: Art is so important. I wish we would require art both in terms of understanding some form of art and in doing art including visual, music, dance, etc. Art nurtures creativity, expands the soul, and serves as the lifeblood in culture.

SBRP: Do you have any plans for retirement?

RSC: I am so busy in my retirement and living with such joy. I have taken up painting and I do some executive coaching. I am on the hiking trails every day I can be. I do ballet, kickboxing, and weight lifting. I have traded in my suits for my sweats! 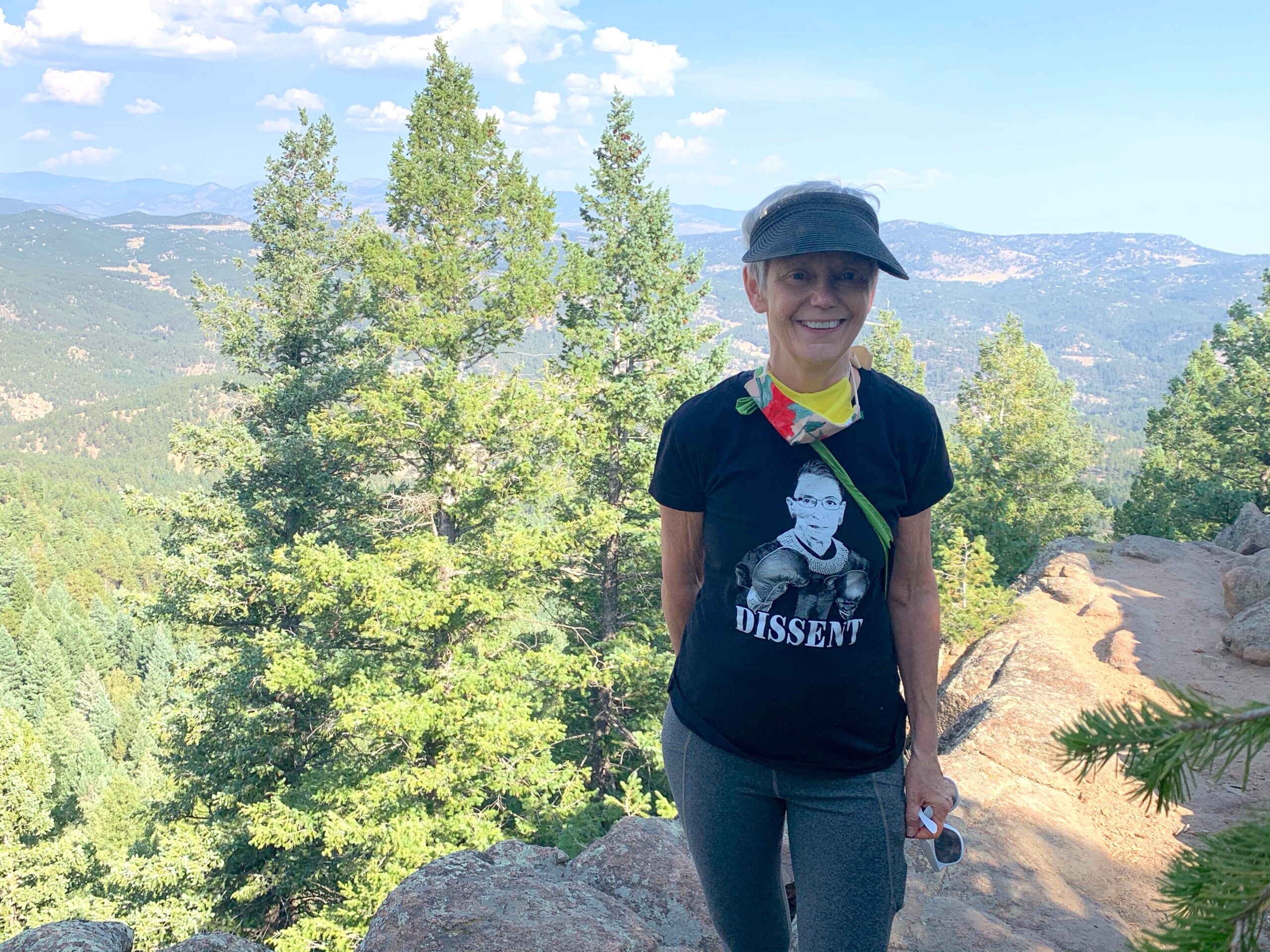