The Most Important Public Religion Issue of Our Time: The Creation of Interfaith America 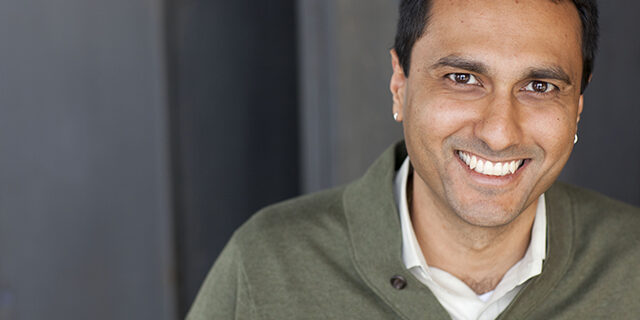 In the summer of 2014, Steve Bannon gave a lecture via Skype to a meeting of the Institute for Human Dignity, a conservative Catholic group based in Rome, where he discussed “the struggle against Islam.” He describes the current situation as simply a repeat of what the West has faced in the past, stating: “If you look back at the long history of the Judeo-Christian West’s struggle against Islam, I believe that our forefathers kept their stance, and I think they did the right thing. I think they kept it (Islam) out of the world, whether it was Vienna or Tours, or other places . . . It bequeathed to us the great institution that is the church of the West.”

It is interesting that Bannon, famous for his interest in history, would speak of the “Judeo-Christian West” as if its creation was a Commandment handed down from God to Moses on Mount Sinai and then further enshrined in the Magna Carta and the Declaration of Independence. The reality is that it was largely the invention of a mid-twentieth century American interfaith organization called the National Conference of Christian and Jews (NCCJ) that took as its goal the expansion of the United States’ definition of itself.

The NCCJ and its allies set out to change the Protestant definition of the United States. Their strategy was to define the animus towards Jews and Catholics as un-American. That a wide array of Americans today use the term “Judeo-Christian” when referring to the United States (and, often “the West” more broadly) highlights the success of the NCCJ.

As straight theology, “Judeo-Christian” is highly suspect. Jesus is, after all, the central figure in Christianity but barely a bit player in Judaism. Moreover, for centuries Christians understood their sacred scripture, which they tellingly called The New Testament, as abrogating much of what was contained in that inferior document, The Old Testament. Unsurprisingly, Jews did not see matters in quite the same way.

“Judeo-Christian” is on equally shaky ground as straight history, if history is a record of events that actually happened. As the historian Richard Bulliet points out in his book The Case for Islamo-Christian Civilization, “European Christians and Jews . . . share a history of cohabitation that was more often tragic than constructive.”

As civil religion, however, “Judeo-Christian” is genius. In its time, it expanded the national narrative in a manner that dignified previously marginalized occupants, and it made the process feel not like the civic invention it is but as the rediscovery of a great sacred truth.

It is a supreme irony that some of the very people who were dignified as Americans by the civic invention “Judeo-Christian” are now wielding it as a bludgeon to de-nationalize others. After all, the “great institution that is the church of the west” that Bannon refers to at the Institute of Human Dignity, was called “the whore of Rome” by the nativist groups who harassed his Irish Catholic ancestors as they sought their footing in the United States.

Lucky for us, we live in the United States, a nation whose national narrative is constantly being expanded by new voices and whose civil society is shaped by the hands of its citizens. The history sketched above highlights an inspiring opportunity. If the dynamics of American religious diversity changed so vastly in the past, through launching a new civil religion narrative in the form of the “Judeo-Christian” ideal and working to align the national reality with the new ideal, can a similar process occur again?

Can we go beyond Judeo-Christian and start to think of ourselves as Interfaith America – a nation that welcomes all of its various orientations around religion, from atheist to Zoroastrian; nurtures positive relations between them; and encourages them to invest in building a common life together here in this land. I believe this is the most important public religion issue of our time.

America’s promise is to guarantee equal rights for all identities. This framework of rights facilitates the contributions of these many communities to this single country. That is America’s genius.

The idea is simple: people whose nation gives them dignity will build up that society. When we say we are a diverse nation, we mean more than just that various racial, religious, and ethnic groups settled here in America, bringing with them their Hebrew prayers and Hindu chants. We are recognizing the fact that the institutions they built benefited not just their own communities but also the common good of this country.

The hyphen is not a barrier but a bridge. Those things that make you a better Catholic or Buddhist or Sikh – generosity, compassion, service – also make you a better American. America gains when its diverse communities bring the inspiration of their particular heritage across the ocean to these shores and plant it in this soil. Those seeds have grown into Catholic hospitals, Lutheran colleges, Quaker high schools, Southern Baptist disaster-relief organizations, Jewish philanthropy, and much more.

The institutional expression of religious identity are the engines of American civil society. That is one of the many reasons we have a collective stake in dignifying the presence of America’s growing religious minority communities with a new national narrative.

We are a potluck nation, not a melting pot. The nation only feasts if its different communities contribute. “Judeo-Christian” did good work for some eighty years. It was much better to be a Jew or a Catholic in the United States in 1990 than in 1930. But America’s demographics have changed. There are now more Muslims and Buddhists in this country than Episcopalians. Our narrative must shift to match this new reality. We are no longer a Judeo-Christian country, we are Interfaith America, and we should be proud of it. 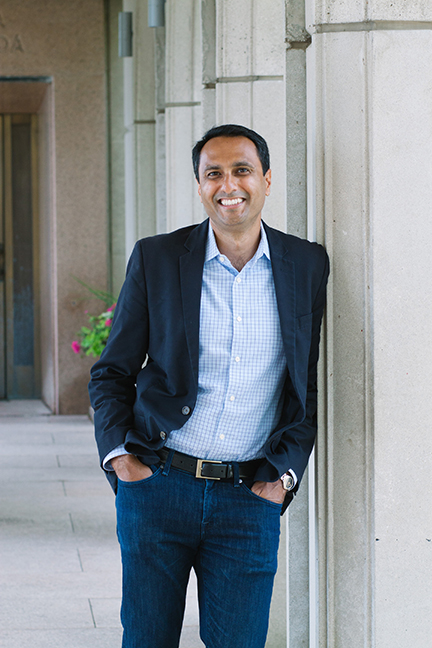 Eboo Patel is Founder and President of the Interfaith Youth Core. He has written several books on interfaith cooperation, served on President Obama’s Inaugural Faith Council, and has spoken at over 150 college campuses.

Looking to the Past to Memorialize the Pandemic Present
October 21, 2021

Beyond “the Perfume or the Mustard Gas”: The New Religion Journalism Meets the 21st Century
September 28, 2021