What Does It Mean to Mourn Black Death in a Country That Doesn’t Recognize Black Life? 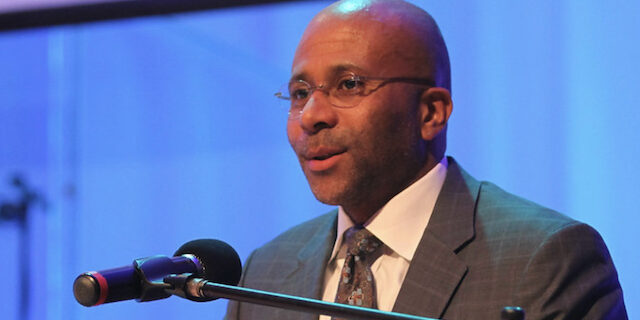 by Anthony B. Pinn

During a time of isolation and trauma, we gathered to talk about the possibility of life marked out by a robust commitment to justice. Our goal was to wrestle with ways to think about our current circumstances without losing what I’ll call the persistence of possibility. In a word, we were concerned with how to think and do justice in a context of demise. For me, this meant how to think about Black life within the context of a pandemic that made all the more real the nature and meaning of white privilege.

COVID didn’t allow us to gather in person, but even Zoom offers a virtual touch—some sense of shared humanity resistant to the uncertainty of the historical moment. Most of the group embraced some form of religiosity, of spirituality, and spoke about the importance of religion or spirituality for them as they tried to make sense of what was taking place in the world—e.g., physical illness, racial violence and a general despair. But, not me. As a humanist, I shared their commitment to justice and well-being, but I expressed it without appeal to the same theological grammar and religiously-spiritually fueled optimism. I had left the use of theology in that way when I left the church, while I still deal with it in my professional life.

Before leaving theism, I spent a good number of years in the church. I wasn’t simply a member of the gathered “faithful,” whose obligation to Christianity is defined by church attendance and the monetary offering placed in the plate. No, I was a minister, and I entered ministry fairly young. Much of my responsibility as a “minister of the Gospel” had to do with helping congregations critique individual as well as collective sin and celebrate what we assumed was the goodness of God. These activities involved fighting back spiritual death in order to safeguard morality and ethics in the world and eternal life after the material trappings of physical existence ended. Yet, this was only a part of what I did as a minister. I was also responsible for ritualizing physical death—funerals, eulogies and burial committals at the gravesite: “ashes to ashes, dust to dust.”

I left the ministry more than two decades ago, but what remains is the challenge of death.  Of course, this challenge isn’t a theological dilemma—a matter of souls and immortality against the fragile nature of our mortality. No, those religious circumstances no longer define my take on life and death, but even as a humanist—particularly as a Black humanist—death remains a significant marker, a profound possibility.

Put differently, I left the Church and entered a community I believe better values life, better understands the need to safeguard the life web of which humans are a part. And on some level, I think “disbelief” in general, and humanism in particular, has positioned us to engage collective circumstances with clarity and moral maturity. However, humanism, including atheism and other forms of disbelief, often falls short when it’s time to center conversation on the ramifications of anti-Black racism on the nature and meaning of a humanist philosophy of life. Furthermore, this failure is one reason most of those writing and lecturing on racism are from the community suffering the consequences of racism and white privilege.

In a word, too many humanists rely on Black people to educate them on their white privilege and participation in anti-Black racism (to the extent they aren’t, as Ibram Kendi has insightfully outlined, anti-racist in thought and practice). While that is a different conversation, one for another time, this brief reference to white privilege does serve to highlight humanism’s general failure to adequately note the unique relationship between anti-Black racism and death in the United States.

Recent events—the murders and memorials—over the past several months have reenforced for me this race problem within humanist circles. It’s time for humanists—and add to the list atheists, freethinkers, skeptics and so on—to better appreciate the relationship between Blackness and death lamented and protested across the United States (and the world).

Being Black in the United States entails two connections with death. First, regardless of age, one is seen as a danger to society capable of causing death. And second, one is born into circumstances defined by the constant exposure to the possibility of being killed. And so, the “talk” so many Black parents have with their children speaks awareness of these relationships to death in hopes of avoiding a different talk—their child’s eulogy.

How does one change this situation in light of Professor Sharon Patricia Holland’s haunting words from Raising the Dead (2000)? “What,” she writes, “if some subjects never achieve…the status of the ‘living’?” Holland frames the question in light of Toni Morrison’s brilliant Beloved, and raises the specter of some existing with the dead, being “at one with the dead.” For Holland, African Americans are perceived as ghosts, and aren’t considered alive—not in the way whites are considered alive.

Recently we’ve come to see proof of this relationship of African Americans to the dead. It has taken images of death for many whites to see African Americans’ frustrating struggle to gain “life, liberty and the pursuit of happiness.” This is what I mean: the normality, beauty and significance of Blacks going about the business of nurturing relationships and growing families are recognized only in their absence. These practices of togetherness that represent a desire to nurture love-based connections generally aren’t named with respect to African Americans, and they aren’t highlighted as defining characteristics of Black communities. Instead, they are lamented as what might have been if society were different, and we are left to collect mutilated corpses on city streets, hanging from trees, riddled with bullets in homes and lifeless in jail cells. Over the past several months, many responded by carving out spaces for mourning.

What does it mean to mourn those never recognized as having been alive?

Pushing against anti-Black brutality, protesters have called for an end to African Americans being killed for being Black. To protest death, however, isn’t the same thing as recognizing and safeguarding life. Protests resulting in charges against those filmed killing Blacks, financial resources committed to Black business and interests, as well as removal of statues celebrating discrimination are examples of steps forward. These positive developments, however, don’t dig deep enough into the underlying problem.

There are unacknowledged patterns of thought that justify racial violence by questioning the humanity of Blacks, and by extension Black life. Not only part of formal schooling, they also are entangled from the beginning in our informal socialization processes. Think about negative images of Blacks in print and on screen; unchallenged comments that render Blacks hypersexual or lazy; and colorblindness that maintains the normality and privilege of whiteness while allowing whites to feel innocent of racism.

White privilege functions as a code providing the “proper” look of life as illustrated by white families, whites in parks and whites enjoying restaurants. It is present in the weaponizing of mobile phones by whites who call the police when pushed to acknowledge Blacks rightfully occupying space. It shapes interactions and perceptions of who poses a threat and who is “law-abiding.” To drive a car while white doesn’t immediately run the risk of death; to walk through one’s neighborhood while white doesn’t generate suspicion and fear that is likely to result in death. The list goes on. White supremacy means Black people in so many ways are defined as not fully alive and always under threat, while white privilege affords whites rights and resources, making it possible for them to flourish. They don’t need to have the “talk” with their children.

It’s time to challenge faulty thinking that safeguards white privilege, that sanctions racial disregard and that invites Black demise. It’s time to reject the assumption that structural anti-Black racism died with the Emancipation Proclamation and that now individual whites behaving properly is enough to neutralize “the race problem.” This work marks the difference between mourning those who were never acknowledged to be alive and establishing that Black lives matter. Otherwise, because they aren’t white and can’t have white privilege, Black people remain outside the land of the living. 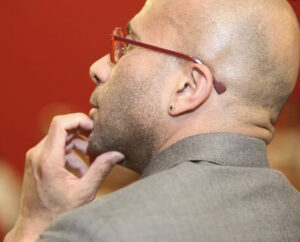 Anthony B. Pinn received his Ph.D. from Harvard University in 1994.  Other degrees include the BA from Columbia University, the MDiv and MA, both from Harvard, and an honorary Doctorate degree from Meadville-Lombard Theological School. Pinn began his teaching career at Macalester College (St. Paul, MN), where his research and teaching earned him early tenure and promotion to full professor within the first eight years of his career.  In 2003, Pinn accepted an offer from Rice University (Houston, TX), becoming the first African American to hold an endowed chair at the University.  After an additional semester at Macalester and a semester at Williams College as the Sterling Brown 1922 Visiting Professor, Pinn joined the Rice faculty as the Agnes Cullen Arnold Professor of Humanities and Professor of Religious Studies at Rice University.  While at Rice, Pinn founded and directed the Houston Enriches Rice Education (HERE) project (2007-2012).  During the summer of 2012, Pinn received approval to transform the HERE Project into the Center for Engaged Research and Collaborative Learning.  This center is a part of the Rice University Kinder Institute for Urban Research.  Pinn also founded and directs the doctoral concentration in the study of African American Religion at Rice. Outside Rice, Pinn has served as the first executive director of the Society for the Study of Black Religion, and he also served on the Meadville Lombard Theological School Board of Trustees (2007-2012).  In addition, he has served in various roles on the board of directors and the executive committee of the American Academy of Religion.  He is also the Director of Research for the Institute for Humanist Studies Think Tank (Washington, DC).