Respect and Regard and Dignity, with Suzanne Benally 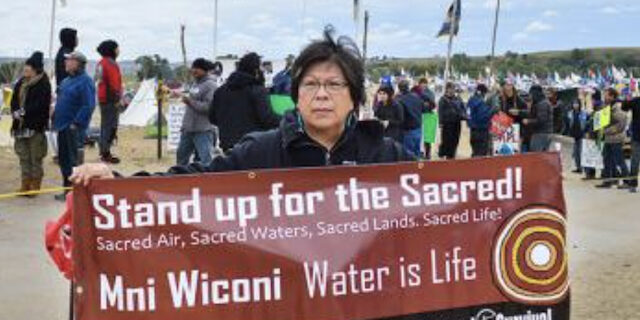 EDITORS NOTE:  The following is part of a series produced by cohorts in the Luce-funded Rothko Chapel project on spirituality and social justice. Other entries can be found here.

New Mexico native Suzanne Benally is Navajo and Santa Clara Tewa. Her mother is Navajo, her late father Santa Clara Tewa. She grew up in Shiprock, a Navajo Nation community in the Four Corners region that takes its name from a towering volcanic rock nearby and  in the Santa Clara pueblo, twenty miles northwest of Santa Fe, one of a group of Tewa-speaking pueblos on the upper Rio Grande.  She grew up among the stories, the songs, and ceremonies, and her extended family. At that time, her parents intertribal marriage, was less common and as a child between two tribal communities, she acquired a deep appreciation for the diversity of cultural traditions and recognized fundamentally the same the spiritual Indigenous worldview.

Currently executive director of the Swift Foundation, a family foundation dedicated to respecting the crucial role of indigenous peoples in protecting biocultural diversity around the world, Benally grew up under the shaping influence of those overlapping spiritual traditions. They were different in the details, but they shared a similar understanding of humankind’s place on this earth. “It’s a spirituality based on a very particular world view,” she said. “There’s no segregation. It’s in everything we do.”

In Houston on a cold December night in 2017, Benally discussed in an hour-long talk with a Rothko Chapel audience the Navajo concept of the divine. “I don’t necessarily talk about the divine based on my own cultural spirituality,” she said, speaking in a calm, thoughtful voice, a reflection of the Navajo belief that words are sacred. “But what I do talk about, what we talk about, is how we maintain a reverence for life. For Navajo people, and most Indigenous Peoples, we understand that we are all related as living beings which includes the natural world and animal world.We live in this web of relationships, and in that kind of relational world, you have responsibility. . . . It is to treat everything with respect and regard and dignity.”

Another shaping influence was education. From the beginning, Benally loved to learn, hungered to know. “I think I was just kind of a sponge,” she recalled. “As a child, I coveted a pencil if I could find one.”

Benally’s mother was her model, her mentor.

“She was a very activist mother,” Benally said. An activist for women’s rights and for Native American rights, she insisted that the Shiprock public schools, particularly its Anglo teachers, respect Indigenous beliefs and traditions and eliminate textbooks portraying Indians sterotypically. She was an avid reader and made sure her three children were, as well.

When Benally was 15, her mother took a chance that if she sent her daughter into the wider world, she would someday return educated with skills and opportunities to make changes. It happened through a program that was recruiting Native students in eastern prep schools, she found a venerable New England prep school called Northfield Mount Hermon School, where her bright, inquisitive child would get the rigorous education. Benally would come to realize that her mother did not want her daughter to become entrapped in an early marriage and children that constricted many young Navajo women and their narrowed horizons.

Benally went off to Northfield, Mass., “the most foreign place I’d ever seen.” In her two years at boarding school, she was lonely, to be sure, but she stayed deeply connected to her family, even as she got the education her mother desired for her. She had one other Native American friend at Northfield Mount Hermon. The two responded to their classmates’ wide-eyed questions about Indian life with outrageous tales—the more outrageous the better—about living in teepees, galloping across the plains on horseback, hunting buffalo with bows and arrows. During her time at Northfield Mt. Hermon the Vietnam anti-war movement and Indian activism, the particularly the American Indian Movement, was growing momentum and already influenced by her mother she quickly became involved in political movements.

After graduating from Northfield Mount Hermon and getting her undergraduate  and graduate degree from the University of Colorado, she went back home to New Mexico and the Navajo Nation

Benally became a teacher, working with Navajo youth in Upward Bound, a U.S. Department of Education program that serves high school students from low-income families and families in which neither parent holds a college degree. She loved teaching but soon realized she had a problem. “I was intrigued with education,” she recalled, “but I really hated schooling.”

Searching for a way to reconcile the contradiction in her life’s calling, she discovered such alternative philosophers of education as Paulo Freire, the Brazilian educator whose life and thought were deeply influenced by the legacy of slavery and colonial oppression in his native land. Influenced also by the American thinkers John Dewey and Erich Fromm, Freire sought an alternative to the traditional student-teacher relationship. In his best-known work, Pedagogy of the Oppressed, he repudiated what he called the “banking” approach to education, the all-knowing teacher pouring information into a passive student. He proposed instead a pedagogical model based on dialogue, interaction and mutual respect.

“I decided I would go into the alternative education experience,” Benally recalled. In 1999, that intention led her to Naropa University, the first accredited Buddhist-inspired university in the United States. Based in Boulder, Colo., the small school touts itself as the birthplace of the modern mindfulness movement.

“I got intrigued with their contemplative education,” Benally said. “What they were advocating has fundamental similarities and some parallels to native education.”

Benally served as an environmental studies faculty member, associate provost and vice president for academic affairs at Naropa University. She left in 2011 to become the first Indigenous director of Cultural Survival, an Indigenous rights organization that advocates for Indigenous Peoples, and their local communities, and territories around the world. Founded in 1972, the organization responds to urgent requests and issues often in conflict situations and in protecting the rights of Indigenous Peoples under the UN Declaration on the Rights of Indigenous Peoples. In her Rothko Chapel talk, she spoke of a young Kenyan sheepherder who was shot and killed when he crossed some unseen boundary while tending his sheep on contested lands between external corporate interests and the people’s homelands..

At Cultural Survival, Benally and her colleagues heard similar stories far too often. They worked to shine a spotlight on the injustices, provide resources, organize campaigns, and legal resources to take on cases in the Inter-American Courts. It was satisfying work, important work, and at the same time frustrating and exhausting because injustice never seemed to lessen.

Benally became executive director of the Swift Foundation in 2020, about the time the organization initiated a profound internal discussion about the role of grant-making foundations among Indigenous Peoples. Concerned that the traditional philanthropic ideology and approaches with its roots in a colonialism, Benally and her colleagues searched for a different paradigm, one based on authentic partnerships and trust-based philanthropy.

Ultimately, the foundation decided to “spend down” instead of existing as a philanthropic organization in perpetuity. In other words, Swift will place all its assets in the communities it serves—in Benally’s words, “put all our assets onto the Indigenous landscape”—and, in essence, cease to exist as a grant-making organization. The spend-down process will likely take a few years.

She won’t be retiring from the world. For someone who feels in the marrow of her being the world’s connectivity, too much still needs doing. Intensely aware of the web of relationships that define who we are, she thinks of the intersection between climate change and hunger, racism, and “the oppressive politics that are emerging.” And, deeply concerned about the future of our children she says we simply can’t stop being activists. She will be involved.

Not surprisingly, her Navajo heritage offers special insight about the bewildering welter of challenges the world faces. “They’re all connected,” she says. 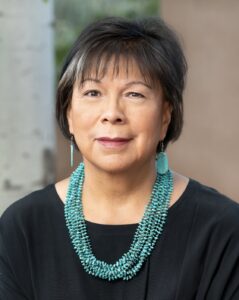 Suzanne Benally is Navajo and Santa Clara Tewa. She grew up in the community of Shiprock, New Mexico on the Navajo Nation.

Suzanne is the Executive Director of the Swift Foundation, a foundation dedicated to protecting biocultural diversity, regenerative land practices, local economies, and advocating for systemic changes to address the root causes of our ecological crisis.

Suzanne has worked in higher education and the non-profit sector for 35 years. She served as the Executive Director of Cultural Survival, an international Indigenous rights advocacy organization that works to support and advance Indigenous Peoples’ rights, self-determination, land, language, culture, and political resilience. Formerly, she served as the Associate Vice President for Academic Affairs at Naropa University, and was a core faculty member and previous chair of the environmental studies department. Her extensive experience spans positions devoted to social justice, diversity, and equity.

Suzanne currently chairs the International Funders for Indigenous Peoples. She is a cohort member of the Rothko Chapel’s Spirituality and Social Justice initiative to further contemporary understandings about spirituality and social justice.

Deeply committed to social, environmental and climate justice, her work, passion, and interests center on relationships and interconnectedness between land, spirituality, culture, and people as reflected in narratives and stories past and present. In her work, she draws on her professional experience and cultural background advocating for transformative practices that address issues of racism, equity, justice, and Indigenous Peoples’ rights; and, most importantly, engaging work that draws hope now and for new generations to come. Suzanne lives in Santa Fe, New Mexico. 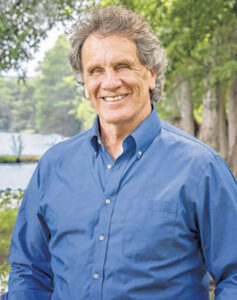 Joe Holley has been the “Native Texan” columnist for the Houston Chronicle since 2013. A native Texan himself – from Waco – he’s been an editorial page editor in San Diego, Calif., a contributor to Texas Monthly, a speechwriter for Gov. Ann Richards, a staff writer for The Washington Post and an editorial writer for the Chronicle from 2012 to 2017. He was a Pulitzer Prize finalist in 2017 for a series of editorials on gun control and the Texas gun culture and a Pulitzer Prize winner in 2022, as part of the Houston Chronicle editorial team that produced a series of editorials on Donald Trump’s “Big Lie.”

He’s the author of six books, including Hometown Texas, a collection of his weekly “Native Texan” columns; Hurricane Season: The Unforgettable Story of the Houston Astros and the Resilience of a City; and Sutherland Springs: God, Guns and a Small Texas Town, published in 2020 and recipient of the 2021 Carr P. Collins Award, presented by the Texas Institute of Letters in recognition of the year’s best work of nonfiction. The book explores the aftermath of the mass shooting at the Baptist church in Sutherland Springs, Texas, on Nov. 5, 2017.